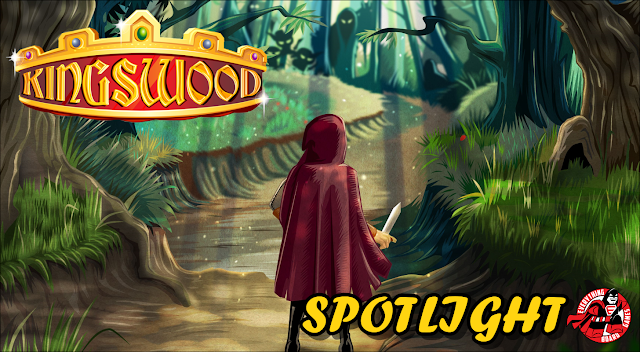 Monsters infest the forest surrounding the kingdom, and the king has called for you, brave guild member, to eliminate this threat. Not only will you get in the good graces of His Royal Majesty, but your guild will also benefit from your fame as a monster hunter!

In Kingswood, players move from location to location in order to acquire new tools and resources, or refresh what they already have. The object of Kingswood is to defeat the most monsters (at least, come away with the most points), so venturing into the threatening forest is inevitable. Once in the forest, you must slay monsters, which provide valuable points. Some monsters even grant special bonuses upon their defeat! The first player to reach 20 points triggers the end of the game, and once everyone has had an equal amount of turns, the game ends, and points are tallied. The player with the most points wins! 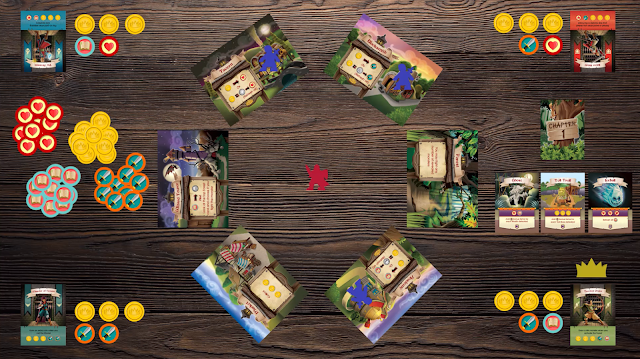 But winning is easier said than done. Not only are there monsters lurking about, but all players control the same adventurers. This means that your actions will change your opponents’ options on their turns, who are obviously trying to do things their way. This action-rotation mechanic brings the gameplay to a whole new level!

With a play time of 15-30 minutes, and for 1-5 players, Kingswood is a light-weight game for the whole family. So choose your guild, gather your resources, and go fight those monsters!