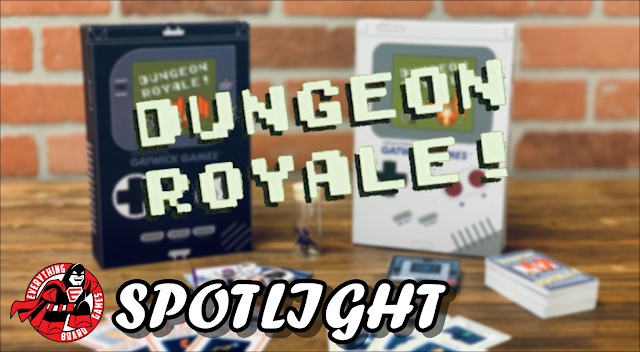 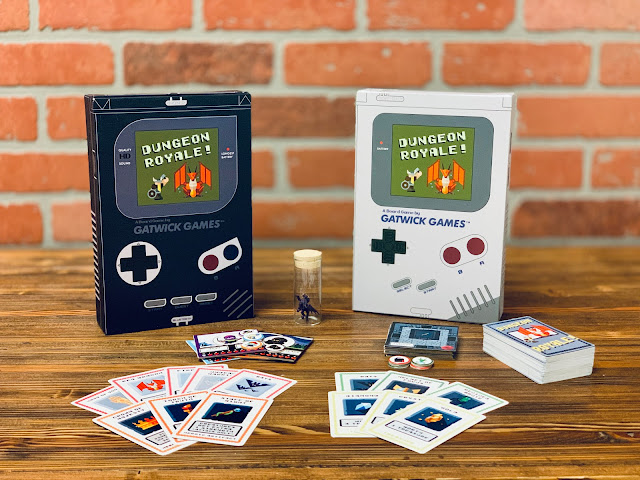 When the king is on his death bed, there’s only one thing he can do—send forth heroes to retrieve the Stone of Life. Of course, these heroes will stop at nothing to be the one to retrieve the stone, and if you happen to be in the way, then that’s no concern of theirs.

Dungeon Royale pits players in a dungeon to retrieve the valuable Stone of Life—and many other riches—and make it out alive. Capture the stone yourself, or complete other missions by battling players and collecting other valuable artifacts, in order to be the player with the most points at the end of the game. 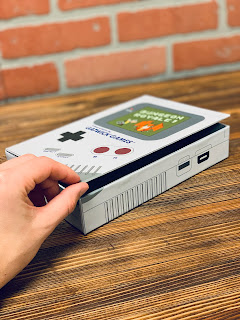 The nostalgia is strong with Dungeon Royale, complete with a Game Boy-looking box, 8-bit graphics, and old school gameplay. Players level up and get more lives, and should you die, you respawn (just like a video game!)—as long as you have lives remaining.

Each player carries four weapons on their belt, allowing them to steal artifacts or attack others. Players reveal their moves simultaneously, making for some interesting and strategic choices. To make matters worse, a dragon roams the dungeon, attacking all unsuspecting heroes who foolishly come too close. While the hero who ends with the Stone of Life dramatically increases their chances of winning, the race to the Dungeon‘s exit becomes an all out competitive battle between the player with the stone and the other players. Victory is never a given, even if it may appear you have it in the bag…

A game for 2-4 players that takes 45-90 minutes to play, Dungeon Royale is an adventure game of epic, 8-bit proportions. With a retro, nostalgic style, it’ll feel like you’re playing a real video game…only it’s on the table, so Mom won’t mind so much. 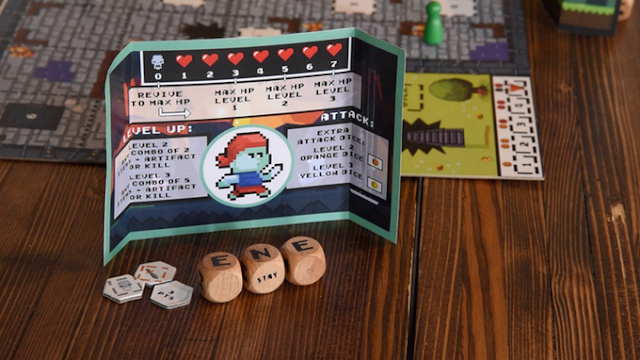