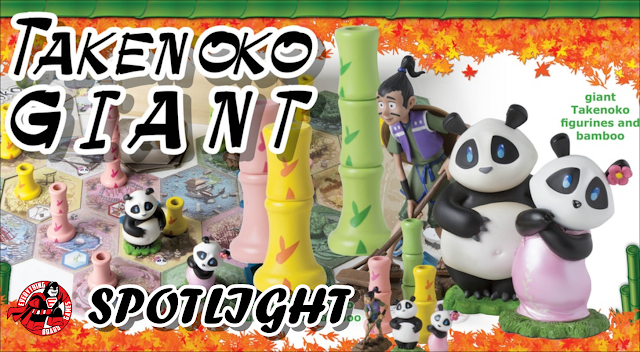 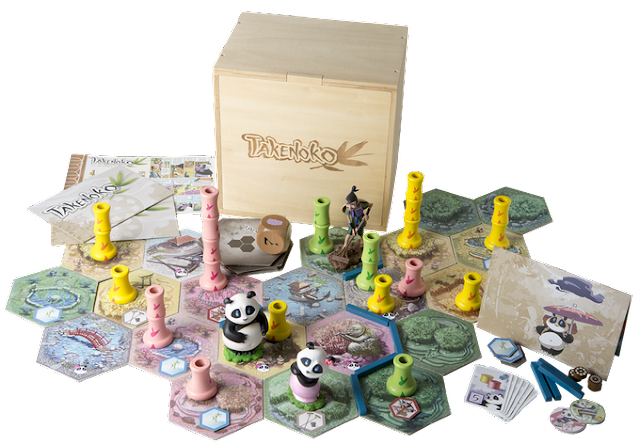 If you already have the original, smaller version of the game, fear not—there’s something here for you, too. Pledge at the $1 level to gain access to the pledge manager and upgrade your game with a Broken Token insert, blue acrylic water, and silk bags for holding your awesome new Takenoko upgrades. Plus, gain access to buy any other Chibis sets unlocked during the Kickstarter.

In Takenoko, players must manage the growing of bamboo, and the feeding of the panda. Cultivate the land, irrigate it, and watch the bamboo grow tall. While the gardener tends to the land, the panda thinks of nothing but all the wonderful bamboo it can eat. As all players control the gardener and panda, they must plan ahead to grow the bamboo a certain way, and feed the panda certain types of bamboo, in order to score objectives and earn points. Of course, with other players working toward their goals, you may end up in a tug-of-war with the panda or gardener. Manage both aspects of growing and eating well enough, and you’ll see yourself the victor by the end of it all. 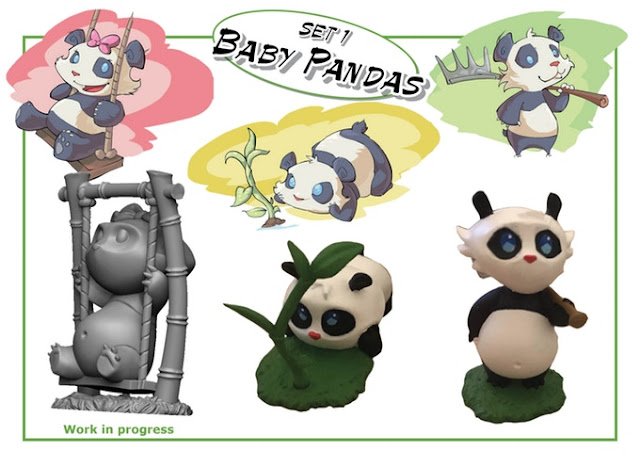 The Kickstarter campaign for Takenoko Giant offers pledge levels for the base game, the Chibis expansion, or all of the above. By going Full Panda, you gain access to a special treat: three giant miniatures of baby pandas! Takenoko Giant is the same game as the beloved classic, only now with bigger (and more!) pandas.

Takenoko Giant is live on KICKSTARTER from now until May 6, 2019 and has surpassed its funding goal of $19,000.