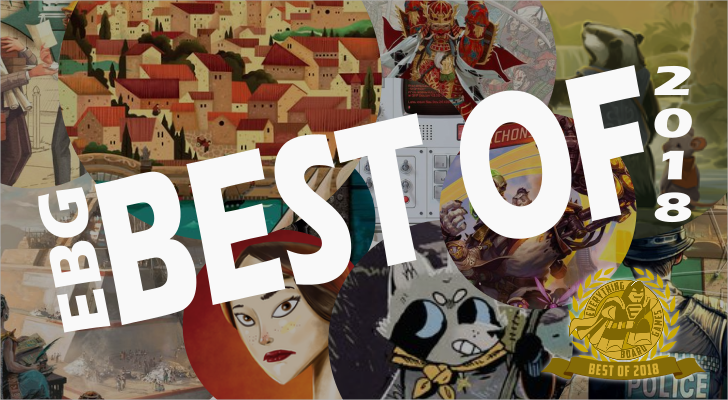 With 2018 now ancient history, it’s time to pause, take a step back, and look at what made the past year so special. During 2018, we were blessed with a host of Kickstarter games, Kickstarter fulfillments (yay!), more games released straight to game stores, and new ideas and prototypes blooming like desert roses after a freak rain storm. With games like Root, Rising Sun, Keyforge, Space Base, Fireball Island, and a host of others, we have certainly been spoiled. It’s probably safe to say that the board game community is growing rapidly, and if one were to write their master’s thesis on the subject, it may very well get published under the title, “Board Games and Illicit Drugs: Uncovering the Natural High of Rolling a Natural One.”

But it wasn’t just board games that made 2018 a year to be remembered. We had joyous events, such as the Winter Olympics in South Korea and a royal wedding when Prince Harry married Meghan Markle. We had some heart-wrenching tragedies, including when the Humbolt Broncos ice hockey team lost 16 of their teammates in a vehicle accident, with 13 more injured. Natural disasters—including wildfires, earthquakes, and floods—affected countless individuals and families. But then there were some straight-up strange happenings as well, such as a bear getting some soft serve Dairy Queen ice cream (oh, Canada…), someone eating his 30,000th Big Mac, and a robot running for mayor in Japan.

We live in a strange, strange world.

So strange, in fact, that there are myriad people dedicating their time to playing and reviewing board games so that you will be able to make an educated decision before going out and buying one on a whim. We, at Everything Board Games, are proud to be a part of these strange individuals and teams. And so it is with great pleasure and excitement that we bring to you our team’s top picks from 2018. Keep scrolling for our Audience Choice picks as well.

Here is how the voting split out among the team: 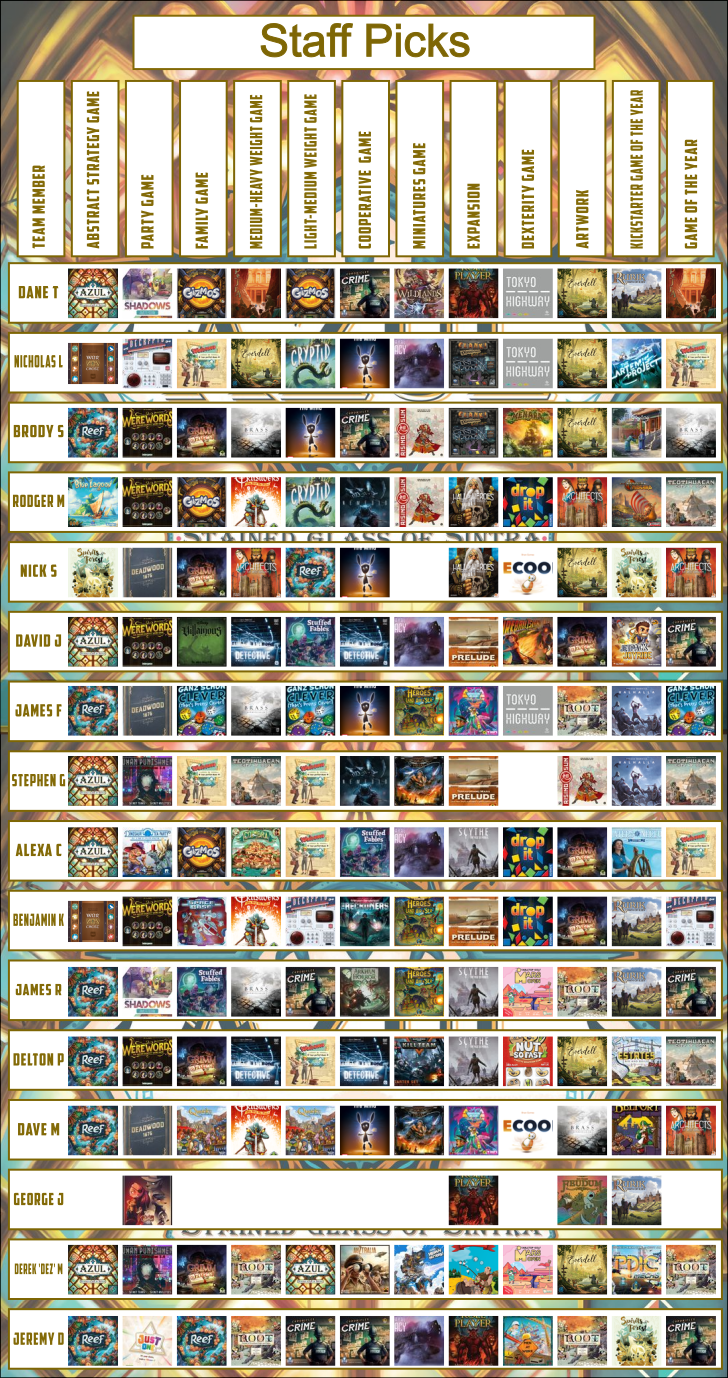 You can meet our amazing team on our Contributors Page and stop by our Group Page any time to say hi.

We also polled the members of our Facebook group to see what they thought of the games from 2018. The following are the games that stood out in their minds as the year’s best, separated by category.

We are so grateful to all our friends, fans, and followers that took the time to vote for their year’s favorite games.

And there you have it! We saw some amazing games in 2018, and 2019 looks to be off to a great start as well. With a world full of talented designers and creators, we’re looking forward to what this year has to offer, and are no less excited to bring our favorite games of 2018 to the table.

Congratulations to all the winners and happy gaming from the crew at EBG!