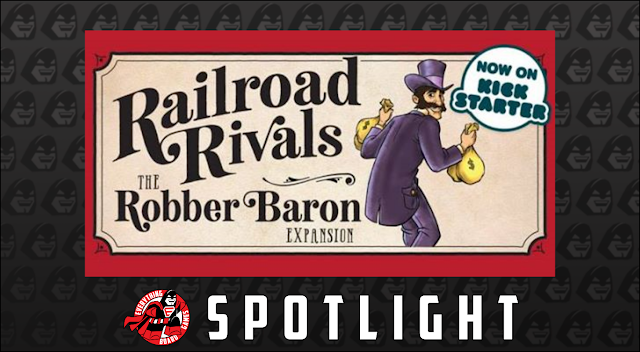 Artist: N/A
Publisher: Forbidden Games
Number of Players: 2-6
For Ages: 8+
Playing Time: 60-90 minutes
You know Railroad Rivals—the tile drafting and laying game in which you build a railroad empire across the country—and as with any empire, people are going to want to get in on that lucrative business. With The Robber Barron Expansion by Forbidden Games, your opportunities have multiplied. 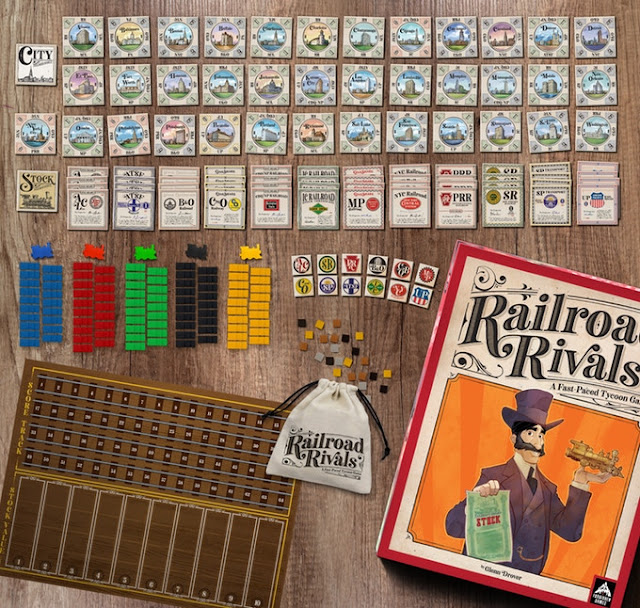 Introducing the first expansion to Railroad Rivals: The Robber Barron Expansion. Providing new content for more strategic gameplay, as well as pieces in an additional player color to have up to six players, your gameplay options just increased drastically. The expansion includes new City tiles, a new Industry tile, a new Railroad with its Stocks, and Stock Shenanigans tiles (and more). It even introduces a new Goods type: mail. 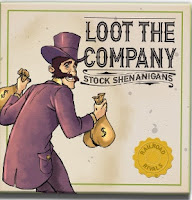 The new Shenanigans tiles allow players to issue an additional stock, merge two railroad companies into one, and gain points by looting the company, among other things. Rival Railroads: The Robber Barron Expansion also comes with a new Transcontinental Railroad tile, which edges act as a wild, connecting with any railroad.

Railroad Rivals: The Robber Barron Expansion is live on KICKSTARTER from now until March 19, 2019 and has surpassed its funding goal of $10,000. 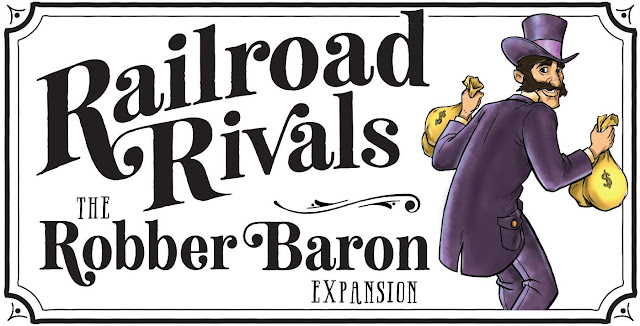