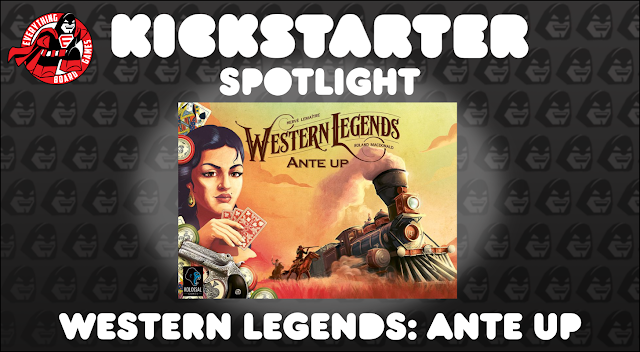 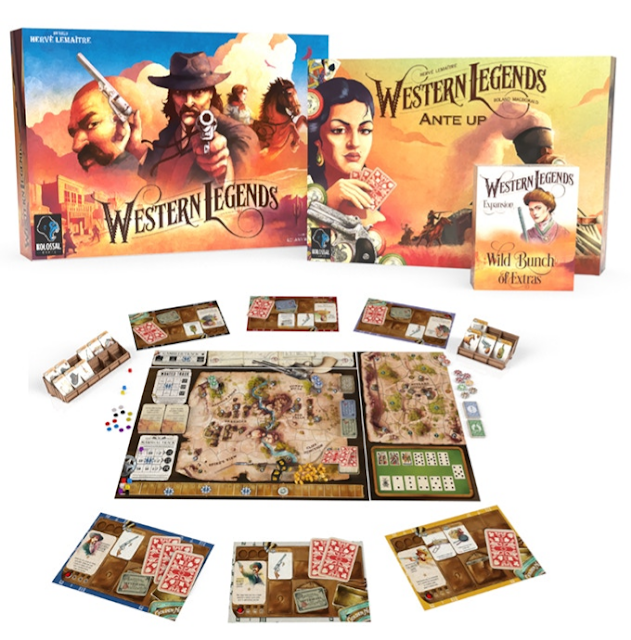 Western Legends from Kolossal Games saw enormous success when it released in 2018. Now, with the new expansion riding into town, the stakes have never been higher.

Western Legends: Ante Up is the first full expansion for Western Legends. It brings with it new horizons (i.e. Territories), new ways to gamble, event cards, characters, story cards, and more. And, of course, what would the Wild West be like without a train? With the addition of the locomotive, players gain a new location which allows them to rob the train. As the game progresses, the train moves along the track toward Buzzard Gulch, a new town introduced in this expansion.

If train heists don’t agree with you, then exploring and improving new frontier spaces near Buzzard Gulch might suit your fancy. While you’re at it, why not give some of the new gambling games a go? Faro and High Stakes Poker give you another way to up your strategy’s ante, with the player highest up the Gambling track earning an additional bonus.

Western Legends: Ante Up brings a wealth of new possibilities to an already rich gaming experience. With more locations, narrative, and new events, your immersion into the Wild West starts here. Will you go down in history as the wildest gunslinger in the West, or perhaps the most prestigious gambler of all time? Well, that’s up to you. 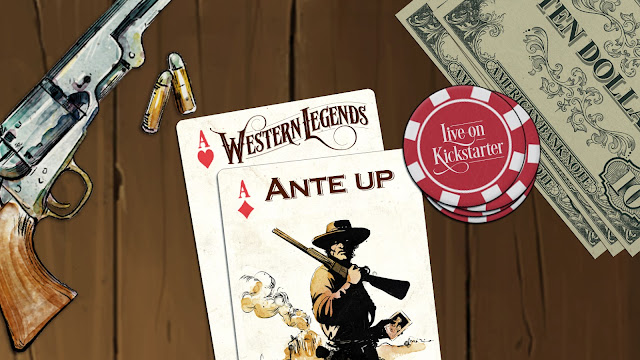 Western Legends: Ante Up is live on KICKSTARTER between now and January 23, 2019 and has surpassed its funding goal of $30,000.