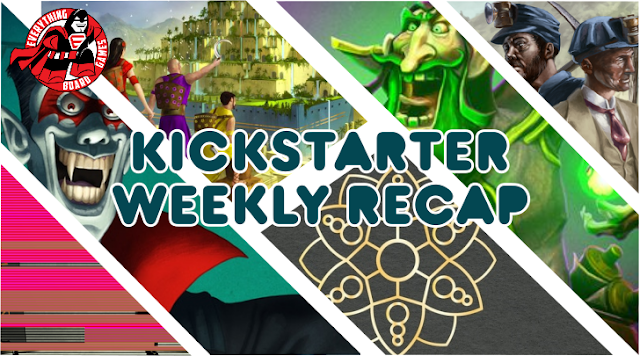 My father-in-law gifted me with a Swiss Army knife for Christmas. I have never been much of a pocket knife kind of guy, but I have carried it in my pocket every day since receipt. While I haven’t had many opportunities to use it much (I have, however, managed to cut myself twice), I still marvel at the design of the knife. Obviously, there is a knife, but there is also a toothpick… and tweezers… and three screwdrivers… and a bottle opener… and a can opener… and nail file… and something that looks like a letter opener. And though it contains all of these different elements, it is still barely wider and deeper than my cell phone. It packs a lot of useful stuff in one package.

We have probably all played a game that tried to pack too much into game play – whether it be with one too many mechanisms, or seemingly infinite ways to score points, it just seemed to be too much of something that caused the rest of the game to fall flat.

Conversely, there are some games that have a lot of different scoring options, mechanisms, components, etc. that just works. One that comes to mind is Scythe. At its core, Scythe is an economic game, but it incorporates so much more. There’s conflict…and area control…and hidden objectives…and mechs…and the resource management…and more management stuff…and all the while keeping your popularity high. I was initially overwhelmed by the rulebook and all of the different things to consider, but once I got into the game, I realized that the game play is silky smooth. There is a lot there, but it is packaged in way that works – it’s a Swiss Army Game.

I imagine that the line between having so much in a game that it is a cluttered mess, and combining several items in a way that it seems like a stroke of genius is a fine one. And we’ve probably all played games that fell on one side or the other. So, this week, let us know on the Everything Board Games Facebook page or on Twitter at @ETBoardgames – in your opinion, what game tries to cram in too much, and/or what game would you consider a Swiss Army Game?

Things are picking up on Kickstarter and there were several good choices this week.

There was a tie for Everything Board Games staff pick top spot between Gardens of Babylon and Ore: The Mining Game.

Gardens of Babylon (166% funded with 21 days to go at time of writing) by Cackleberry Games. King Nebuchadnezzar II wants the most wonderous garden the world has ever seen, and it is up to 1-4 players to deliver. This tile placement game has players competing to add to the maze-like ziggurat with players receiving more points the higher they build. Players can also take advantage of the constructed cascades that if used at the right time, can trigger chain reactions and change the flow of the game.

The other top pick and my (Nick S) pick for this week is Ore: The Mining Game (126% funded with 27 days to go at time of writing) by QSF Games. In Ore, players are competing to be the provider of natural resources to New York and Chicago real estate moguls as they change the city skylines with more and more skyscrapers. Essentially an economic-based worker placement game, players compete for contracts and reinvest in their operations to gain competitive advantage over their rival miners. The player with the most successful mining business at the end of seven rounds in the winner.

Another selection receiving votes this week is NewSpeak (304% funded with 19 days to go at time of writing) by Inside the Box Board Games. In the future dystopian world of NewSpeak, players take on the roles of either dissidents or moderators racing to hack their opponents coded clues. This bluffing and deduction games plays 3-6 players and lasts about 60 minutes.

Did we miss any? Let us know what caught your eye (and dollars), as well as participate in the “Swiss Army Game” question listed above on the Everything Board Games Community Facebook page or on Twitter at @ETBoardgames. 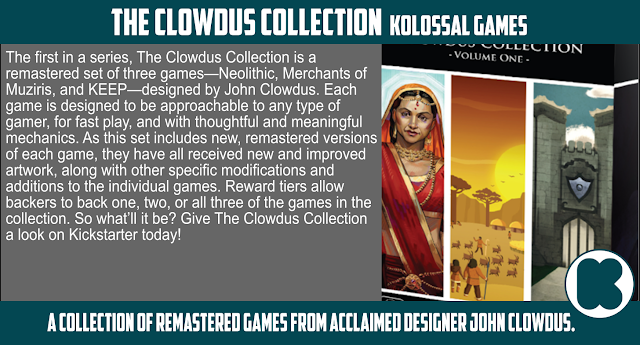