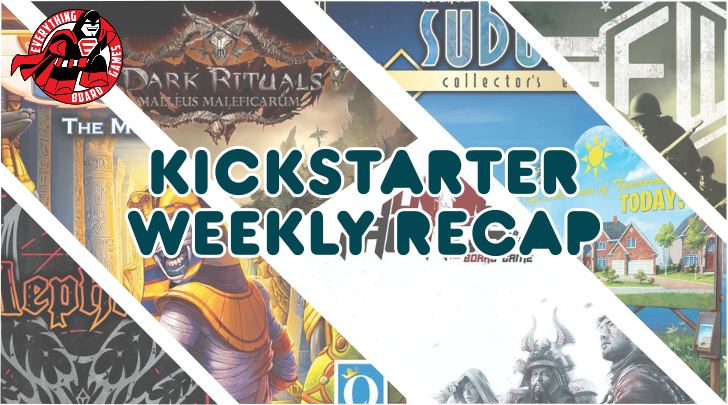 “Gentlemen, we can rebuild him. We have the technology. We have the capability to make the world’s first bionic man. Steve Austin will be that man. Better than he was before. Better…stronger…faster.”

The Six Million Dollar Man debuted on this day in 1974. By 1975, Parker Brothers had already created a board game based around the titular character, and released the follow-up — Bionic Crisis — in 1976.

Parker Brothers wasn’t the first to turn a television show into a game (Ideal’s The Man From U.N.C.L.E. predates The Six Million Dollar Man game by nearly a decade, and I am sure there are others) and they certainly weren’t the last (Firefly and Battlestar Galactica seem revered for their game play as much for their theme). But for every Firefly, there is an ALF (a simple roll-and-move where the objective is to eat a cat) that outside of nostalgia, didn’t leave any kind of lasting value with the hobby.

With the proliferation of board games in pop-culture (e.g. Gloomhaven featured in Orphan Black) and vice versa (Orphan Black: The Card Game), is there a television show-based game that you think got it right, or is there a television show that you think would make a great theme for a board game? Let us know on the Everything Board Games Group Facebook page, or on Twitter at @etboardgames.

While you’re thinking about that, let’s review the Everything Board Games staff Kickstarter picks of the week.

Next up is Tokyo Series Tabletop Games (237% funded at time of writing). This campaign is for 1-3 of the newest Tokyo Series Games (Coin Laundry, Game Show, and/or Tsukiji Market). Also, if you missed out on the Kickstarter for the first three games in the Tokyo Series (Jidohanbaiki, Metro, and Jutaku), can pledge for all six of the games. Each of the games are different in terms of mechanisms and theme, so here is likely something for everyone. If nothing else, you should check out the campaign to see the miniatures – very detailed and very cool.

My (Nick S) pick this week is Luxor Expansion: The Mummy’s Curse (803% funded at time of writing). Luxor made my Top 10 of 2018, so this was a no-brainer for me. The Mummy’s Curse is four different expansions that can be played in any combination with the base game, but more importantly for me is the added ability to play with 5 players. If you haven’t played Luxor, I’d encourage you to do so, and this campaign may be an easy way to get the base game and expansions at once. 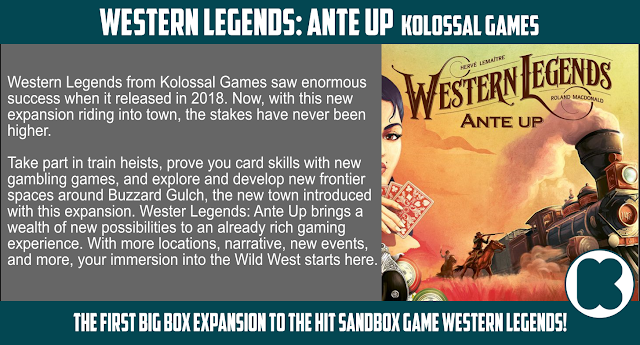