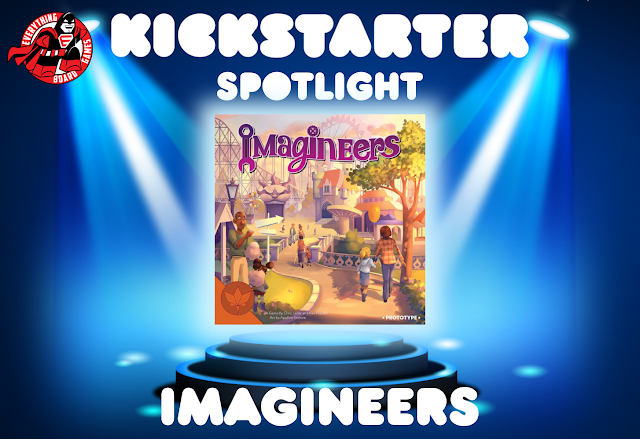 There’s something about amusement parks that sets off the imagination in all of us. Whether you’re looking for a thrilling ride, a family twirl on the carousel, to make a splash at the water park, or for an exhilarating experience on the roller coaster, there’s something for everyone. In Maple Games’ Imagineers, players go one step further than being some civilian thrill seeker; here, you run the park. And the only thing stopping you from creating the most famous amusement park of all-time is what’s inside your head.
Starting off, your amusement park doesn’t look like much. But not to worry! Your thrill-savvy, happy-harnessing imagination is hard at work, already planning the park’s next big attractions. On each turn, players place a tile and move the park attendees. But there’s always more to it than that when it comes to amusement parks. When playing tiles, players have three options: build an attraction, upgrade your roller coaster, or perform a Staff Action. Staff actions provide players with money, but may also be used to manipulate the way your guests move through your park—after all, if they’re not heading toward your super-duper roller coaster, a little nudge in the right direction certainly wouldn’t hurt. 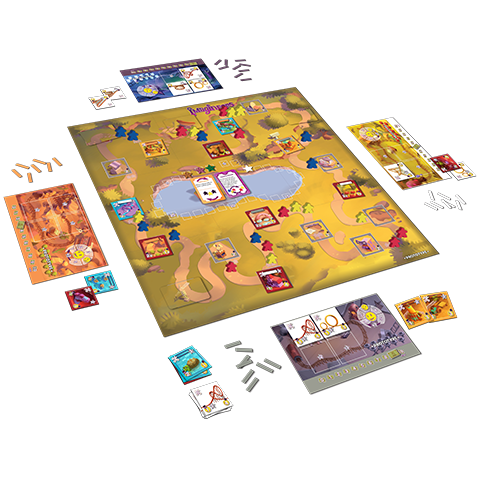 The last round is triggered when the Last Round card is revealed from the event deck. The Last Round card is randomly placed near the bottom of the deck, so nobody knows when, exactly, the game will end. Everyone then takes one more turn, after which the game ends and players tally their points. While money and happiness are important—and therefore trackable—in Imagineers, only fame matters in the end. The player with the most fame points wins the game, thus becoming the Head Imagineer! 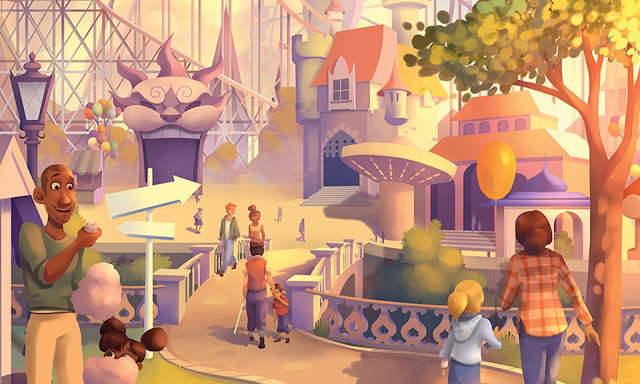 Imagineers plays 2-4 players (up to six players with the Deluxe version), and combines aspects of set collection, pick-up and deliver, and tile placement. Amusement parks are a highlight of any summer vacation, and with Imagineers on your table, not even a little rain or snow can keep your park from being the best ever!

Imagineers is live on KICKSTARTER between now and December 2, 2018 and has a funding goal of $9,942.