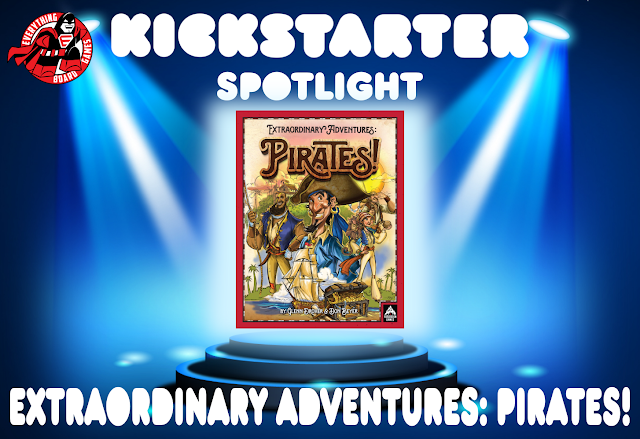 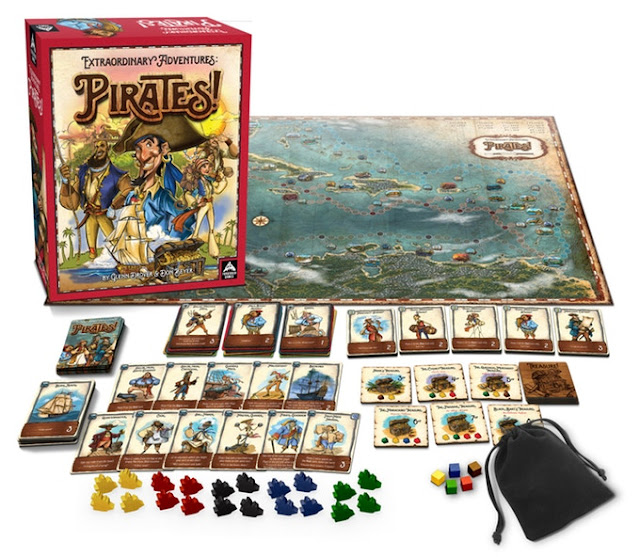 Extraordinary Adventures: Pirates! is a deck-building game for 2-5 players in which players control three pirate ships—one on each track—raiding merchant ships, trading plundered booty at ports and cities for treasure, and navigating the Caribbean to be the first to reach the Spanish Treasure Galleon at Trinidad.

The light deck-building mechanic controls players’ movement, and each time they visit a port or raid a merchant ship, new crew is added to the players’ deck. The more crew a player has, the faster they will inevitably be able to move along their tracks. Of course, go too fast and you’ll miss your chance to raid merchant ships and loot their cargo. Likewise, sailing past ports will hurt your chances at selling your cargo for valuable treasure. 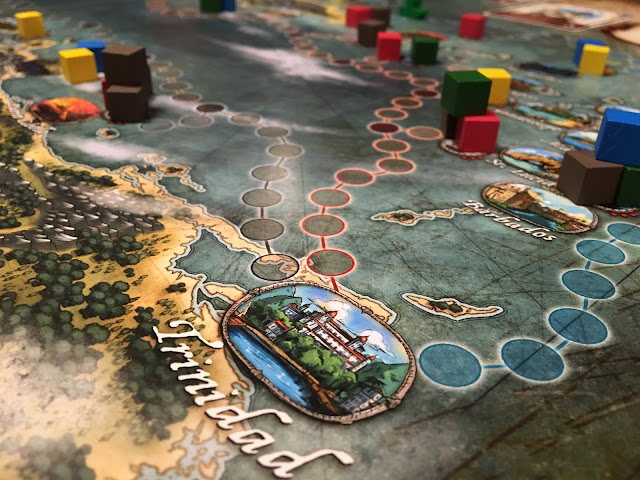 During a turn, players have a hand of five crew cards, and play three. These cards allow ships to travel along their tracks, or to take special actions. Instead of discarding all five cards in your hand after a turn, players instead keep any remaining cards in their hand and draw back up to five. This unique aspect of deck-building allows players to strategically plan when certain cards should be used. The player who reaches the Spanish Treasure Galleon at Trinidad ends the game, and players receive points based on their ships’ positions on the tracks, as well as treasure and cargo in their possession. It’s a careful balance of racing to the end and collecting sets—all with the goal of becoming the richest pirate that ever sailed the seas!

Featuring gorgeous artwork from Disney artist Mark Page, Extraordinary Adventures: Pirates! brings a unique aspect to deck-building that is sure to satisfy fans of both light and heavier games.

Extraordinary Adventures: Pirates! is live on KICKSTARTER between now and December 5, 2018 and has a funding goal of $20,000.