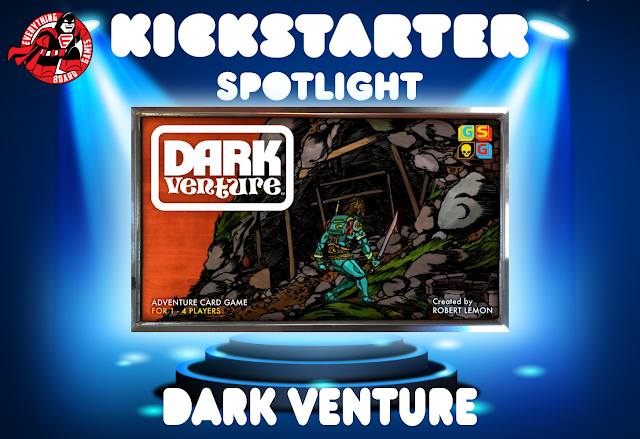 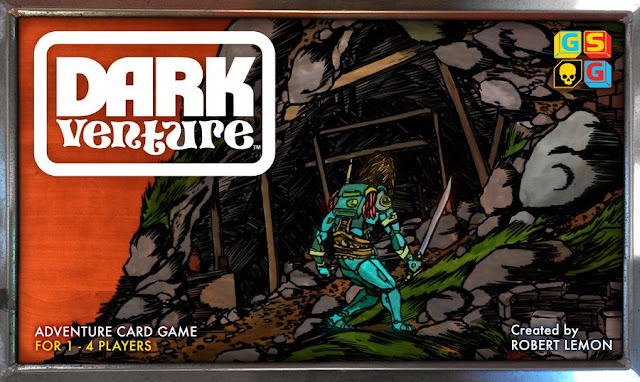 Dark Venture is an retro adventure game in which players build the narrative as they explore a dystopian land, completing quests, and fighting monsters. Players have a hand of Locations, Items, and Character cards. On their turns, players may play these cards by spending action points. Locations are attached to the map, items—such as weapons, magical artifacts, and potions—are placed in their hero’s inventory for later use, and characters are played to complete quests—or thwart an enemy. 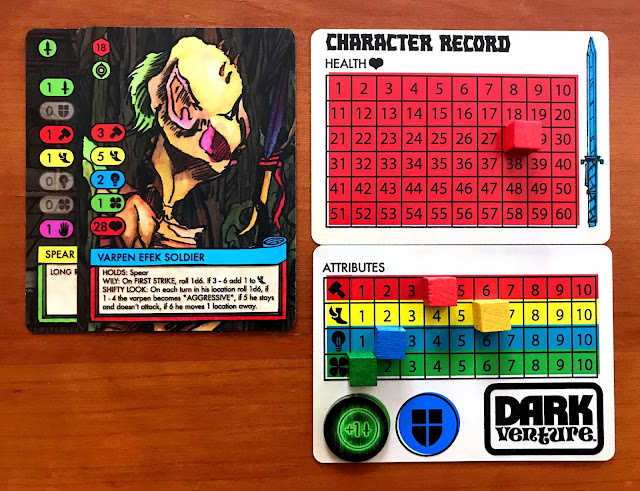 At the beginning of each game, players draw a main quest. But what’s a grand adventure without side quests? Every hero makes a detour or two along the way, so as you make strides to complete your main objective, take some time to smell the flowers, or at least rid the land of rampaging evil and close a temporal rift. 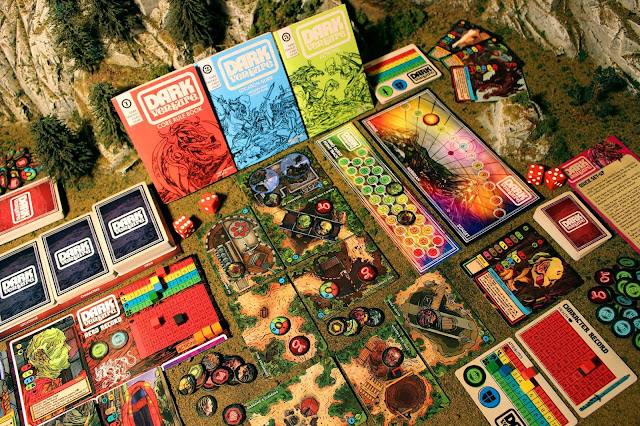 There are three game modes in Dark Venture: Competitive, Cooperative, and Solo. Each mode introduces different play styles, making Dark Venture a versatile game that will keep you coming back for more. So how will you make your mark on the land? Will you work with other heroes, compete against them, or go it alone? The choice is yours, and no matter what you decide, adventure is certain in Dark Venture.

Dark Venture is live on KICKSTARTER between now and October 28, 2018 and has surpassed its funding goal of $12,000.