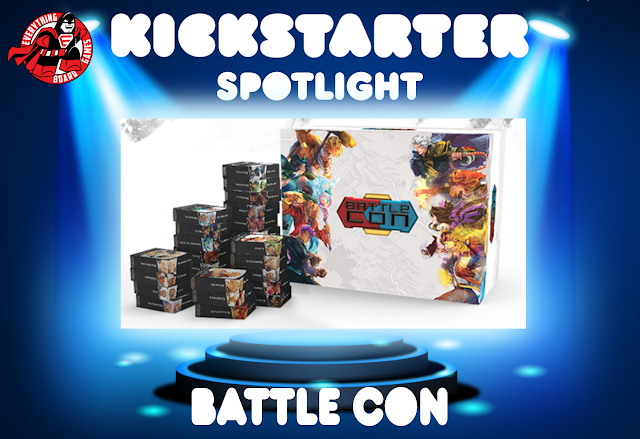 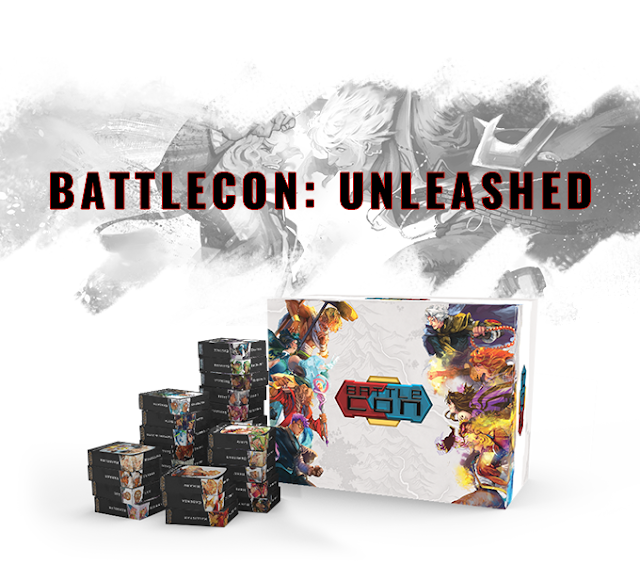 Indines is a world of conflict and adventure. And it’s calling to you for the last time.

BattleCON is a head-to-head fighting card game that simulates the intense action of a one-on-one duel. Now, with nearly 100 unique fighters—each with their own fighting style and abilities—BattleCON has become widely regarded as one of the most critically acclaimed games ever to emerge from Kickstarter. BattleCON Unleashed is the final Kickstarter planned for the series, and is your last opportunity to get absolutely everything BattleCON. If you’re new to BattleCON, not to worry! There are pledge levels for those who just want to get their feet wet, all the way to the complete collection since BattleCON fist released in 2012.

In BattleCON, players fight for dominance in a fast-paced, head-to head duel by using basic attacks coupled with unique fighting styles. These combinations can be paired in any way you choose, allowing for tricky tactics your opponent won’t see coming. With fighters specializing in melee attacks, ranged attacks, and a mix of the two—along with special abilities that compliment their move-sets, thus adding extra depth and strategy—your options are practically limitless when facing off in battle.

During the game, players choose one base card to match with one unique style card. The priority, attack, and other values from the two cards are added together, creating the final values of the chosen attack. Priority determines which character acts first, Power determines how much damage the opponent takes if the attack hits (and is not soaked/blocked), and Range dictates the distance the attacking character needs to be from their opponent in order to land the hit.

Aside from these basic values, certain cards grant soak, which reduce the amount of damage the character would otherwise take. When a player does take damage, however, they become stunned, and are unable to carry out attacks. Of course, there are ways to negate the effects of stunning. Special ante abilities also grand unique bonuses and activate unique abilities for characters. There are five character difficulties, ranging from Beginner to Master, which allows all levels of players to jump into the game and challenge themselves along as their opponent.

BattleCON is a unique fighting card system that has endless amounts of replayability. With organized tournaments and a new digital version now on Steam, there’s no end to the world of Indines.

Whether you’re new to BattleCON or a seasoned veteran, there are loads of new fighters to choose from, and endless hours of head-to-head action. BattleCON: Unleashed is being printed to order, which means there will be very few copies available after this Kickstarter wraps up. If you’ve ever been on the edge, now’s the time.

Oh, and Arec has been rebalanced.

BattleCON: Unleashed is live on KICKSTARTER between now and October 21, 2018 and has surpassed its funding goal of $150,000.