With board gaming gaining solid traction throughout the nation—and the world—it’s exciting to see new conventions roll around that are solely dedicated to tabletop gaming. And so, it is with excitement and great anticipation that we celebrate the arrival of the newest board game convention on the block: TimpCon. 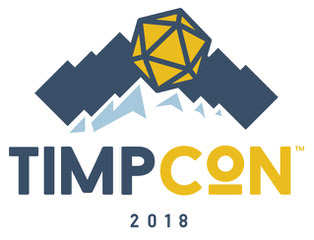 TimpCon is Utah Valley’s very own board game convention that will provide an escape from school and work (and other boring activities) for some much-needed B&R (board games and relaxation). While gaming in basements of homes and game stores is fun and provides a place to settle down and get your game on, TimpCon aims to bring these communities together and, as the convention grows, open up the board gaming industry to the average citizen, helping their game ideas and designs take shape and launch toward success. This will be done through opportunities to meet publishers and experienced designers at the convention. No matter what your experience in game design and publishing, TimpCon hopes to offer you an opportunity to showcase your games through testing, demoing, professional conversation, and more.
And what’s a board game convention without a theme? SaltCon is all about bringing flavor back to gaming, STGCon is “Gateway to Gaming” (a take on Utah’s “Gateway to Nevada” slogan), so it only makes sense that TimpCon have a focus as well. These folks plan on putting the table back in storytelling, which, considering the nearby Timpanogos Storytelling Festival, is a wonderful theme for Utah Valley. As human beings, storytelling is who we are. Everything we do is storytelling, from how we recount to our friends how we ended up arriving late to the party (stupid traffic…) to myths and legends of old. We all love a good story, and board gaming is a medium for not just telling, but experiencing stories firsthand.

2018 will be TimpCon’s inaugural year. They’ve already received a lot more positive feedback and excitement than initially expected, so they’re planning on starting things off strong. As they should; Utah Valley is home to a host of board gamers. In fact, the convention will be taking place just a block away from Provo’s Good Move Café, a relatively new board game café in the area. With so many fun and exciting plans in the future, TimpCon is one convention you’ll want to be involved with from the beginning. 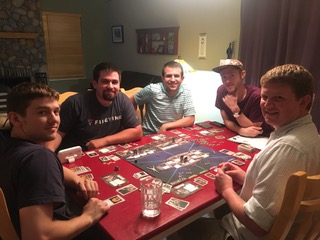 The folks involved in making TimpCon happen are just like you—gamers who enjoy the satisfaction of gaming on at a table, moving physical components, and basking in each other’s company. They love the intellectual elements of complicated gaming mechanics, structure, and beautiful art, all of which work to strengthen the overall experience of their favorite form of entertainment.

From Utahns to international travelers (and in some cases, both), the TimpCon organizers grew up playing games, ranging from classics, to some very much like the ones you love to this day. Kevin Carter (TimpCon’s founder) found new life in board gaming through cooperative games—ones that don’t involve so much “take that” as Risk and other such games dish out. Whatever your preference in games, you’re certain to find a friend in these founders who love all-things gaming.

Whether you live in Utah Valley, some other place in Utah, or anywhere else in the U.S. (or world, for that matter), be sure to check out TimpCon at its inaugural year. Great things are brewing in the board game industry, and TimpCon will help all those interested not just get their feet wet, but take the plunge.

TimpCon will be held Friday, October 19, through Saturday, October 20 (2018) at the Utah Valley Convention Center in Provo, Utah.