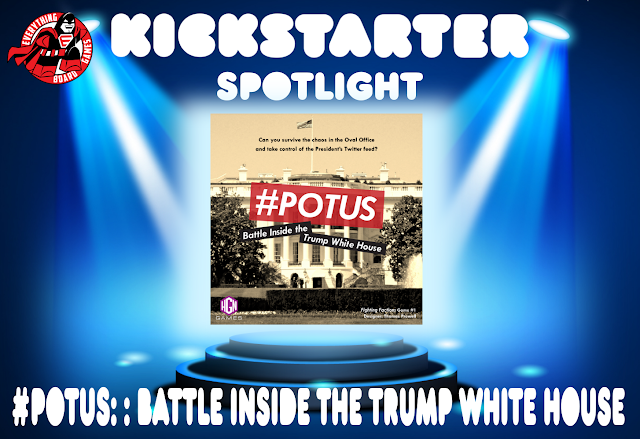 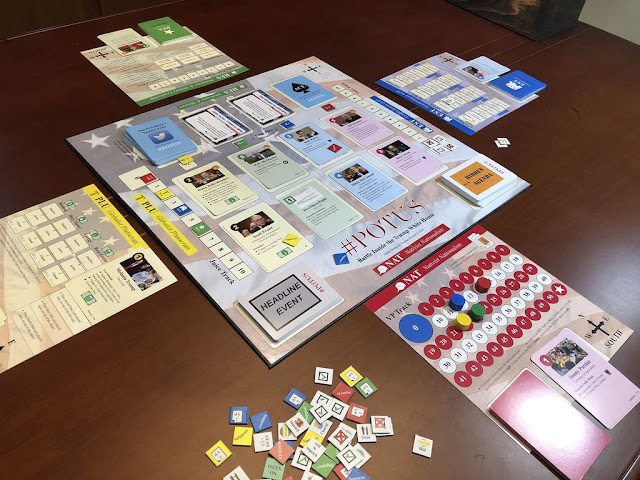 Can you take control of the President’s Twitter feed? In #POTUS, players each lead a faction within the White House trying to advance their agenda. The only obstacles: your fellow Republicans (who have their own plans), Trump’s impulsive social media habit, and the ticking clock of Robert Mueller’s investigation into Russian meddling and possible collusion.

Your faction’s unique deck of cards represents the power brokers inside the Trump Administration – the actual participants like Steve Bannon, Reince Preibus, John Kelly,Jared Kushner and Ivanka Trump. These cards will help you win Presidential Tweet scoring cards, vote on bills before Congress, and enlist powerful allies to your cause.

Each faction also has a Hidden Agenda that could be the key to winning bigly. But watch out–Mueller’s investigation could result in Impeachment and ruin all your plans! Breaking news events each turn will also keep players on their toes.

The game combines a simple trick-taking mechanic with event-driven cardplay (used in games like Twilight Struggle) and factions with asymmetric powers (think Root). #POTUS takes about 2-3 hours to play.

#POTUS is fun for both political junkies and anyone who just likes deep strategy games. If you’ve read Fear, Fire & Fury or the New York Times op-ed, then this is certainly the game for you. And whether you’re a regular viewer of Fox News or MSNBC, you’ll enjoy #POTUS – here’s your chance to battle the Deep State and “drain the swamp” or lead the #Resistance inside the White House. 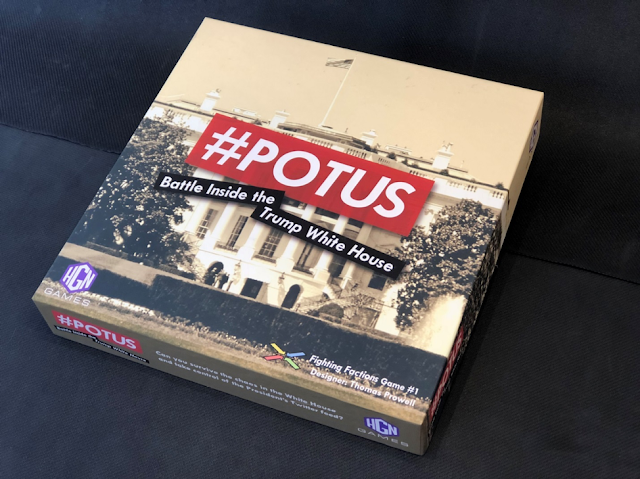