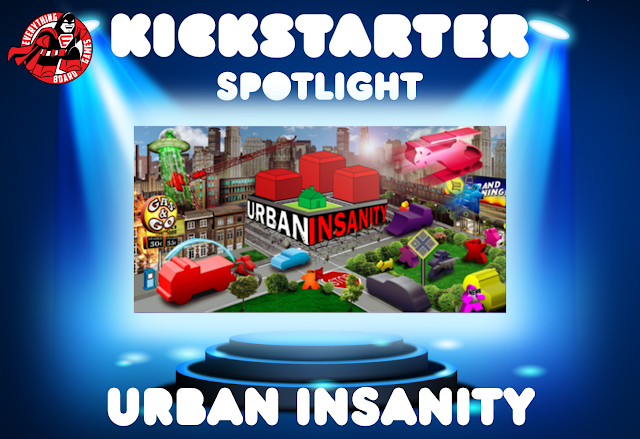 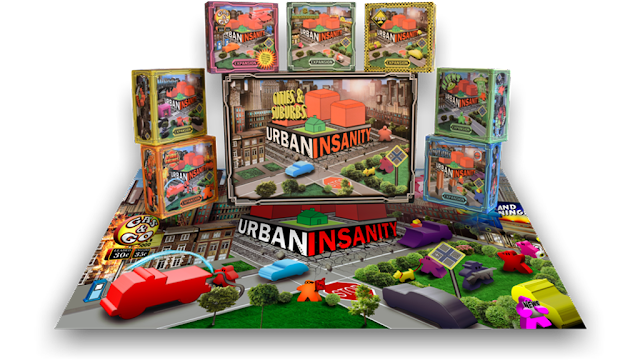 In Urban Insanity, players work together to build the city, but that’s about as far as cooperation goes. From scoring points to forcing opponents off of your turf (well, now it’s your turf), players use a host of mechanics to get the job done. Dice rolling, tile laying, meeple moving, and card playing are all aspects of Urban Insanity. This combination of mechanics offers a smooth blend of both luck and strategy, the perfect mix for new and hardcore gamers alike.

To get started, players take turns building a highway by laying road tiles. This is the beginning of the board, to which all other tiles will be connected. With the road complete, players alternate turns playing. The active player draws an action card, which will give instructions on drawing as well as playing tiles. Once the player has placed any tiles, a meeple—known locally as an Urbanite—may be placed on a section of the tile to lay claim to city blocks, stadiums, suburbs, and roads.

As tiles are placed, sections are completed, which in turn allow players to remove their Urbanites and score points (depending on the size of the section they controlled). Before scoring, however, it’s not uncommon to see control of areas shift between players multiple times. This tug-of-war mechanic creates some interesting opportunities, and can allow for some last-ditch comebacks near the end of the game. 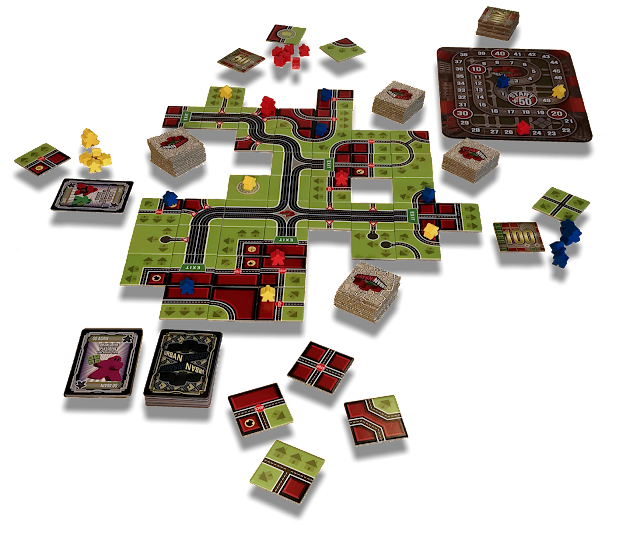 If that’s not enough to wet your whistle, consider one (or all) of the six expansions. These expansions add everything from additional players to aliens (yes, aliens), and from and mobsters to arsonists, just to name a few. With all the expansions tied in with the base game, there are over 5,000 variations to play through. 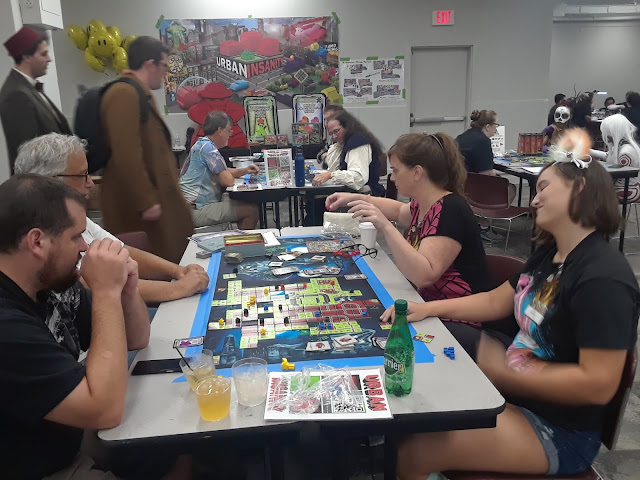