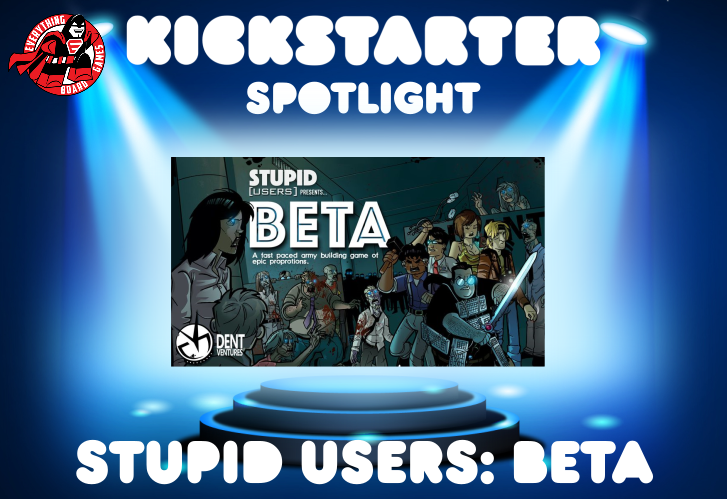 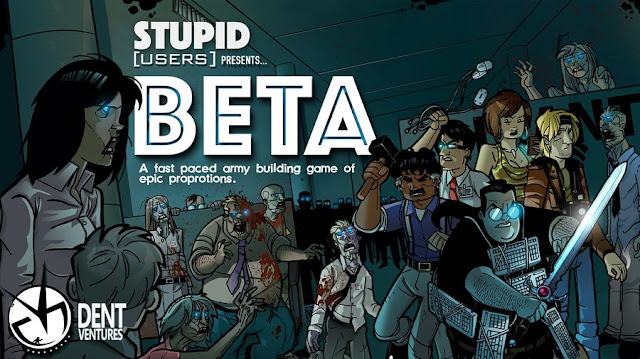 Based off the graphic novel Stupid Users, Stupid Users: BETA is a game in which your typical IT department fights of an evil horde of zombies. Players must individually build an army of 10 minion soldiers—made up of office workers, Employees of the Month, and agents—in order to stop Der Magicker, a diabolical hacker who is building up his own army of zombies by way of virus-infected spam emails (which you, fortunately, did not open).

Minions are collected by going through the deck, but be careful, because your IT coworkers can steal your carefully acquired minions for themselves. Loot the decks to gain powerful weapons and other tools that are necessary to fight off Der Magicker and his zombie army. But don’t dive too deep into the matrix! While looting the decks can grant game-changing upgrades, it can also lead to infection.


Once infected, that player joins the zombie side, and while they can no longer win the game as a super-smart IT person, they can still win the game as a zombie. So fight for your life (and brains), but if your mortal operating system gets corrupted and infected, enjoy the life of the living dead by exacting sweet revenge on the still-human players that put you into this mess to begin with.

The game ends when one player has acquired 10 minions, or by completing the less-common win condition, which is to find (and keep) the four BETA components shuffled into the zombie deck. When a player completes the BETA device, that player instantly wins the game. Easier said than done, but completing the device will certainly give you all the bragging rights you need (and perhaps that illustrious Employee of the Month award).


By supporting the Kickstarter, backers can come away with some fun and unique perks, including a graphic novel (over 100 pages!), plush toys, and even have their likeness incorporated into the game. Not only that, but the cards are AR enhanced, meaning you can use the associated app to trigger animations, learn more about the cards, and more.
Fans of party games, quick and funny card games, and themes of zombies or IT would do well to check out Stupid Users: BETA on Kickstarter.