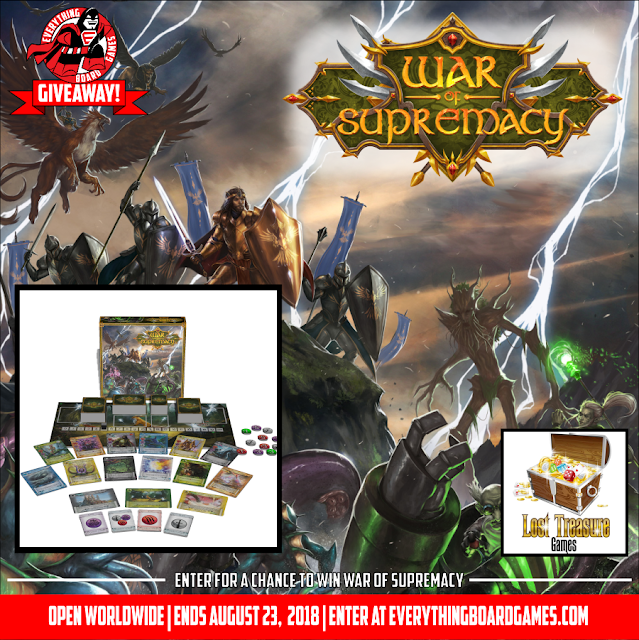 We are excited to be teaming up with Lost Treasure Games to bring you the War of Supremacy Giveaway. One lucky winner will receive a copy of War of Supremacy. This contest ends August 23, 2018 and is open worldwide (void where prohibited).


War of Supremacy is a free-for-all, king of the hill style card game in which all players are gods; fighting over individual Territories, in the world of Mahlor. Players use creatures, legendary heroes and spell cards to create high scoring combos. If a player manages to attack and to outscore the opponent player, they take control of the territory and go into defense. If they can then manage to hold and defend it against all other players, they take the territory for themselves and get one step closer to world supremacy and victory.


See the Kickstarter campaign at https://kck.st/2Mb4yDL