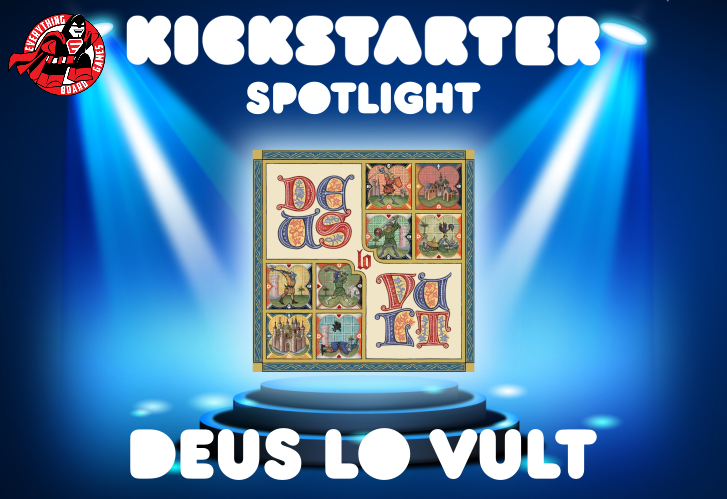 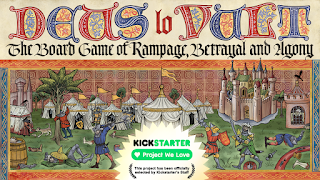 In Deus lo Vult, each player commands an army of crusaders, with the goal to plunder as many riches from the Holy Land as possible. Players will need to build a grand army, manage their camps, gain God’s favor, and fight…diarrhea? That’s right! Although you will still be fighting other armies (this is war, after all), battling health issues—and other trials of camp management—is just as important as dastardly tactics on the killing fields. One such tactic in Deus lo Vult is the use of shared enemy units (collective AI), which allows you to set the stage for your opponent’s demise. But watch out, because their control of the same enemy could see your soldiers on their way to Purgatory. 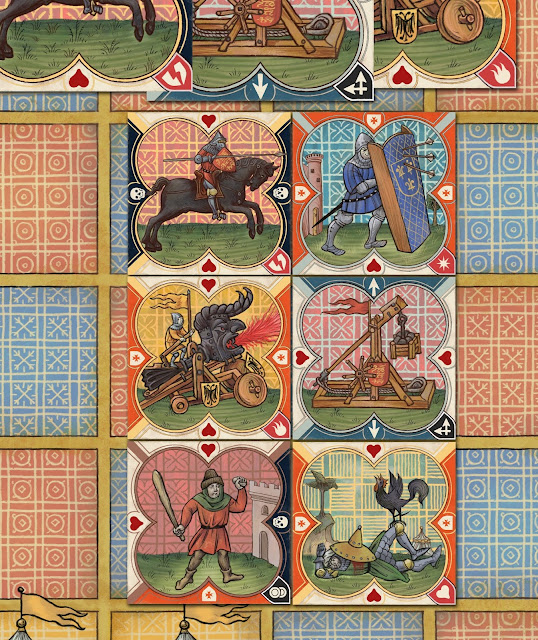 As this is the Crusades, God is ever watching, and sometimes will even bestow His divine will upon you or your opponents, which you may be able to use to your advantage. Based on ritzy manuscripts from the 12th to 15th centuries, Deus lo Vult draws from games such as Shogi, Xianggi, and Backgammon—all of which are games of ancient military strategy.
There’s strength in numbers, as the saying goes, which is why movement in Deus lo Vult is possible only in bands, meaning two or more soldiers from the same faction. Movement takes place by moving one unit from one end of the band to the other. If attacked, the defending unit flips over to the “wounded” side (where there is typically weaker defense and no chance to attack). If attacked again, that unit goes to Purgatory (i.e. it dies). 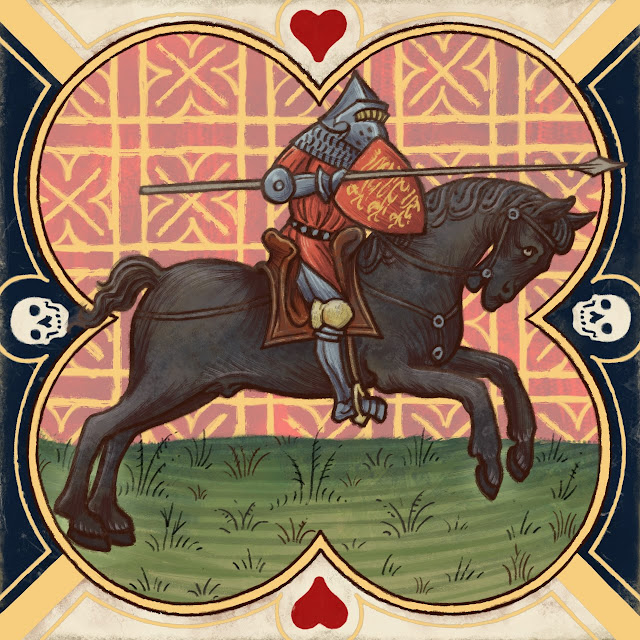 Each unit has four sides, and sides are dedicated for attacking, defending, or as a vulnerable spot. In order to successfully attack, the attacking player must move adjacent to an enemy unit in such a way that the attacking unit’s “attack” side is next to the target unit’s non-defended side. Villages can also be pillaged, in which case the pillaging unit gains a coin and must then escort the coin back to camp for safekeeping. However, if that unit is attacked, the coin is taken by the attacker. 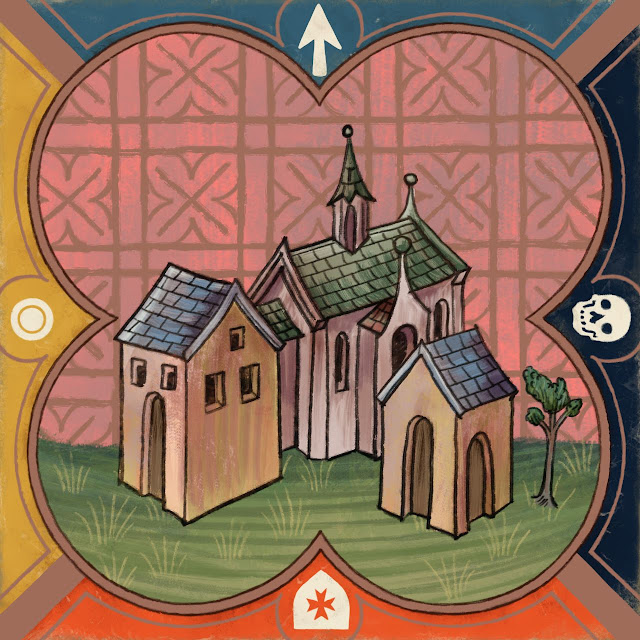 If you’re a fan of fast setup, unique movement and combat mechanics, camp management, and of course, fighting in the Crusades, be sure to check out Deus lo Vult.