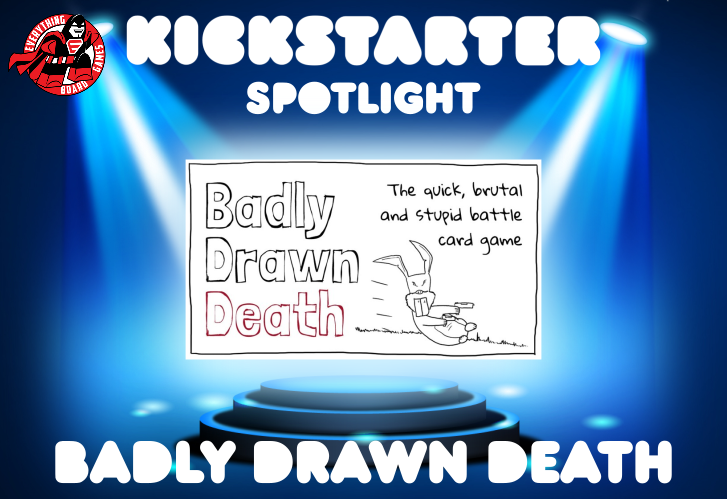 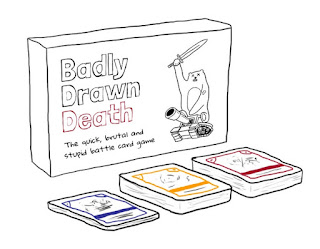 Have you ever dreamed of sending an attack bear to destroy your friends? What if this attack bear rode on top of a tank, sword held at the ready? In Badly Drawn Death, you’ll get your chance. You see, when it comes to ridiculous deaths, Badly Drawn Death is a card game for the ages. The aim of the game is simple: Kill the other players’ characters in silly and outrageous ways. This is done through savvy use of cards in order to attack, defend, and otherwise sabotage your opponents, build alliances, buff your attack, and of course, do a little backstabbing while you’re at it. Badly Drawn Death features fast gameplay and easy-to-learn rules. On a player’s turn, they draw two cards, play any number of non-attack cards, and one attack card. Playing an attack card ends that player’s turn. However, in order for all players to get loaded up on gear and defense, no attacks are allowed on the first two turns. Players are eliminated as the game progresses, until there’s only now player left standing. That player, of course, wins! 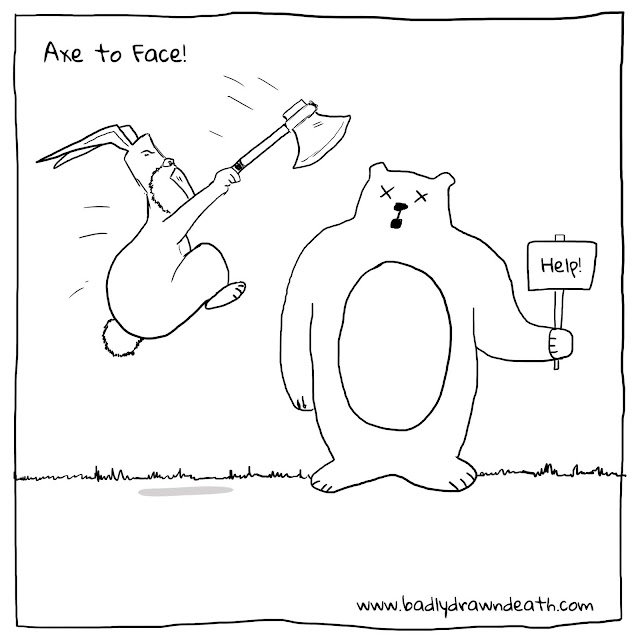 Badly Drawn Death has five characters to play as: a clumsy bear, a crazy rabbit, a hungry troll, ninja cats, and, of course, Dave (because there’s always a Dave). The game is made up of 77 unique cards, with three expansion packs already created and ready to go. These expansions will be announced as add ons and stretch goals as the campaign progresses.