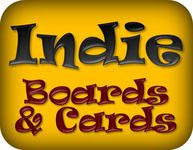 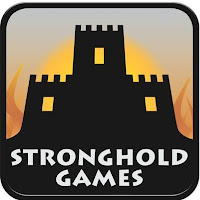 Indie Boards & Cards and Stronghold Games are proud to announce the pending merger of these two great publishers, and the formation of a new force in the hobby game industry: Indie Game Studios. Action Phase Games, previously acquired by Indie Boards and Cards in 2016, will also be folded into the new entity and the three distinct brands will be maintained moving forward.

Following the merger, the new Indie Game Studios becomes one of the largest hobby board game companies in the world.

“I am delighted to join forces with Stronghold Games,” said Travis Worthington, CEO of Indie Game Studios. “Stephen is a tremendous individual that has grown a loyal following over the past decade and we’ve had a long running relationship of working together over the years. Our skill sets are very complementary, and I look forward to even greater growth as we work together as one team in the future. The timing was critical for both our companies. As the industry consolidates around a few major corporate players, we needed to get bigger in order to compete as an independently owned creator of the world’s best board games.”

“We have entered a new era in the hobby board game industry,” said Stephen M. Buonocore, President of Stronghold Games. “We cannot simply operate as we did 10 years ago. To grow our business, we must acquire ‘mindshare’ via increasing visibility of our brands, additional customer focus, and hiring new talent. This merger will do exactly this. Indie Game Studios will allow us to increase our global reach, better fulfill gamer needs, and enhance our product development efforts throughout all of our brands. Indie Game Studios is uniquely positioned as an independent entity, ready to battle the giant corporate owned conglomerates of the hobby board game industry.”

Travis Worthington will become the CEO of Indie Game Studios and oversee the operations of all studios within the new entity. He will continue in his role as President of Indie Board and Cards and Action Phase Games, directly managing these studios. Stephen M. Buonocore will continue to be the President of Stronghold Games, managing all personnel and functions within this studio, and maintaining and growing relationships with strategic partners worldwide. Additionally, Stephen will become the spokesperson for all the brands within Indie Game Studios. Nick Little will be promoted to Vice President of Game Development and Manufacturing. There will be no changes to the Distributor or Retailer terms and conditions for any product lines as a result of this merger.

Indie Game Studios will be managed from its current Oakland, California office. Stronghold Games will be managed from its new offices in Boynton Beach, Florida. Each of the brands under Indie Game Studios will continue to have a large presence at all major conventions around the world, including Gen Con, Spiel, Origins, BGG.con, Geekway to the West, Dice Tower Con plus the UK Games Expo and many others in the future.

About Indie Boards & Cards
Indie Boards & Cards started in 2009 with the hand-made release of 100 copies of Triumvirate. Over the years we have had the good fortune to work with many great game designers, illustrators, graphic designers, manufacturers, foreign publishers, and thousands of retailers to expand beyond our humble beginnings. By focusing on the simple motto of “Making games that people enjoy playing”, Indie Boards & Cards has become a multi-million dollar business with over one million games sold. Indie Boards & Cards best known titles include The Resistance, Coup, Aeon’s End and Flash Point Fire Rescue.

About Stronghold Games:
Stronghold Games LLC is a publisher of high-quality board and card games in the hobby game industry. Since 2009, Stronghold Games has released many highly-regarded games, including the best-selling “Survive: Escape From Atlantis!”, the most innovative deck-building game, “Core Worlds”, the hit game line of “Space Cadets”, the smash-hit and top-rated Terraforming Mars, and many others. Stronghold Games publishes game designs developed both in-house and in partnership with publishers around the world.