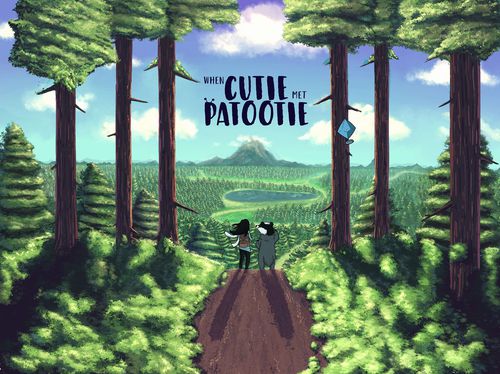 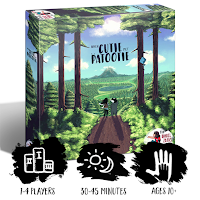 
In When Cutie Met Patootie, players take a secret Citizen card and three path cards, then they randomly assemble the Alaskan shore visitor cards in a row of ten and place the corresponding Visitor pieces on their card. The end of the game is triggered when one visitor reaches the top. 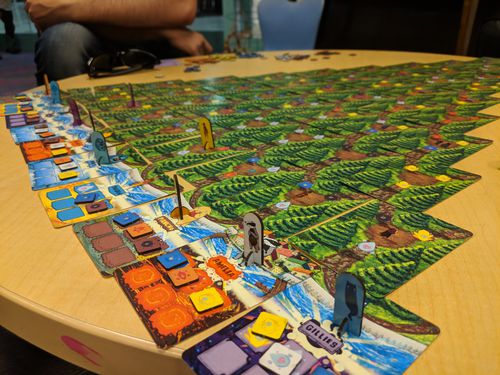 Players take turns playing a path card each turn. Path cards can be used in multiple ways: build the growing map, help visitors collect sprite gems, or spend those sprite gems to advance visitors along the built map. When building the map, players can connect only to the existing path to create a pyramid shape, ever tightening the forest path! 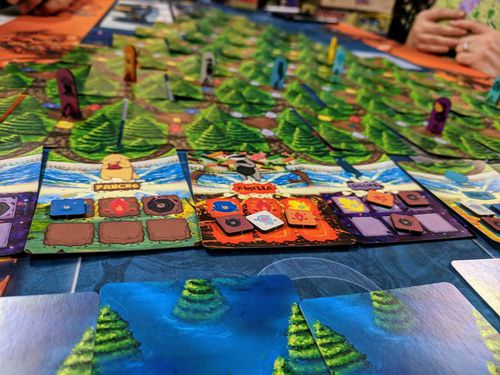 To determine a winner, players reveal their secret roles, each detailing specific sprite gems for which they earn points. Players tally points based on the location of visitors holding their designated sprite gems. The person with the most sprite gem points wins!

When Cutie Met Patootie is the first game of The Entanglement Series by The Daniel Zayas Company. This game ships with a mini-expansion titled The Man Who Moves the Water, which allows for solo play.