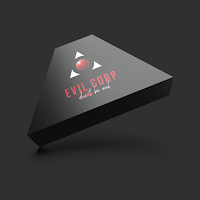 
In Evil Corp you will play as a Tech Titan with a goal to save the world—no matter the price! That means it is not going to end well for the rest of us. 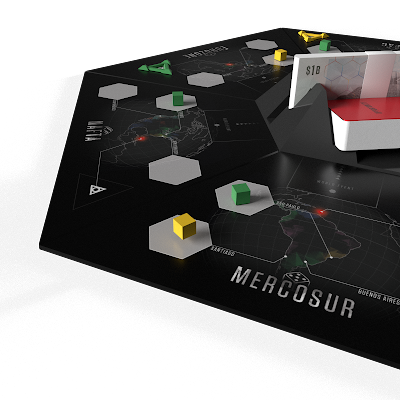 The game uses area control, betting, hand management, dice rolling, press your luck, role playing with variable player powers, storytelling, along with a modular board varying the game play. Wow that is a lot of mechanics packed into one game!!! 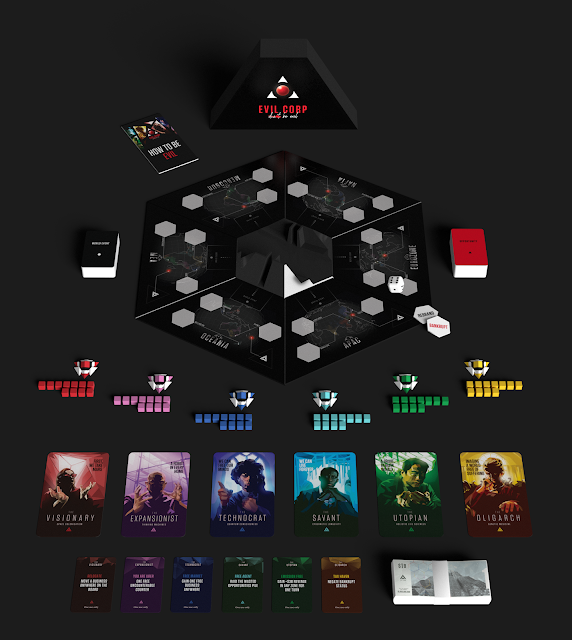 Evil Corp is satirical and competitive but the gameplay will appeal to the causal gamer as they will understand the game in as little as one round. 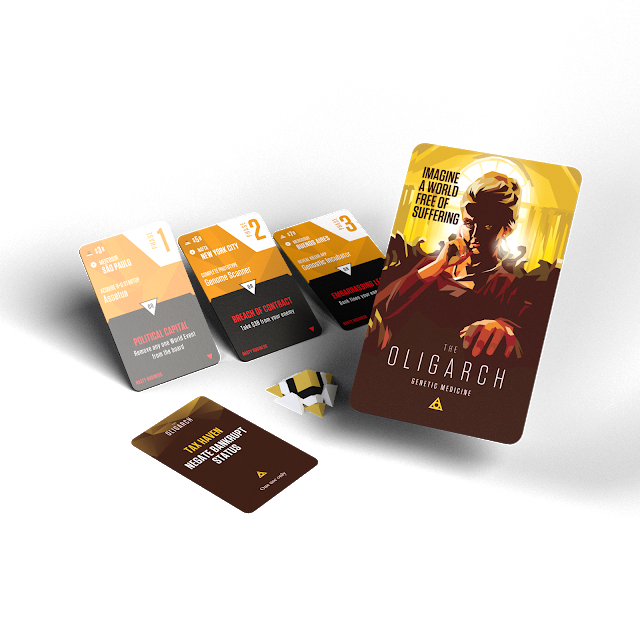 Internet Tech Titans are the new masters of the universe. The power they wield through technology is staggering. Now you get to step into their shoes in a game of nasty business dealings, broken promises, and compromised ethics.