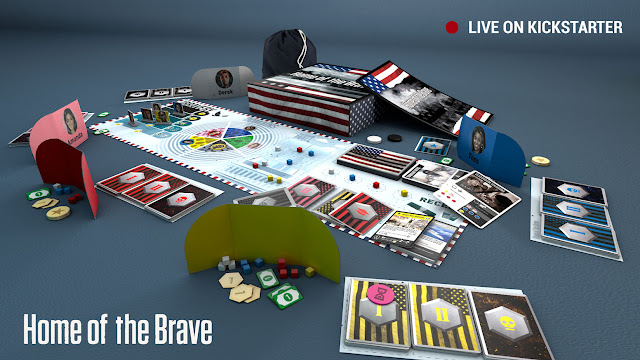 Home of the Brave

Home of the Brave is a sociopolitical board game emphasizing the complexity of the world of modern U.S. politics. The main goal of the game is to attain stars before your opponents. These will be gained by career advancement, private life, and personal goals. The player who gains four or more stars wins the game! 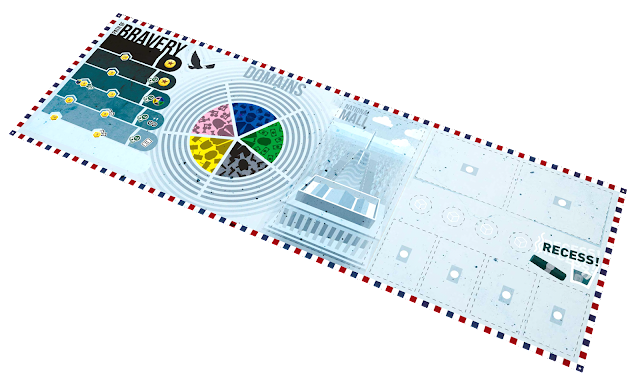 The game is played in rounds with two phases per round. In the event phase, a voting card is revealed (except on the first round). These will be voted on for one of two possible results. Players will then play action cards which can provide career advancement down the path of bravery. The cards have a cost and will have to be managed skillfully in order for players to optimize their turn. The playing of action cards come from a personal deck for each player’s character. Once all players have passed, the round ends and a new round is repeated. 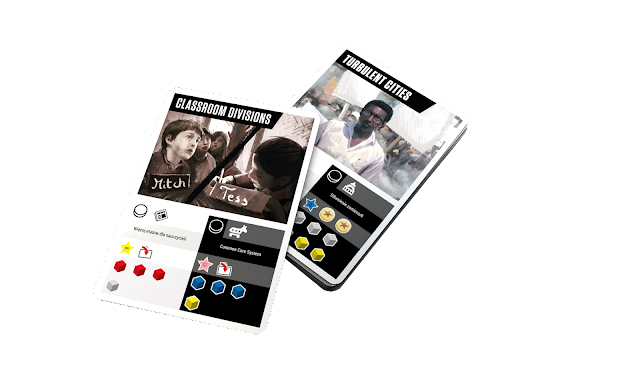 There are several resources in the game: dollars, bravery points, and supporter cubes which can be allies, voters, subordinates, or favors owed to a character. They come in four different flavors: Republican, Democrat, Activist, and Criminal. 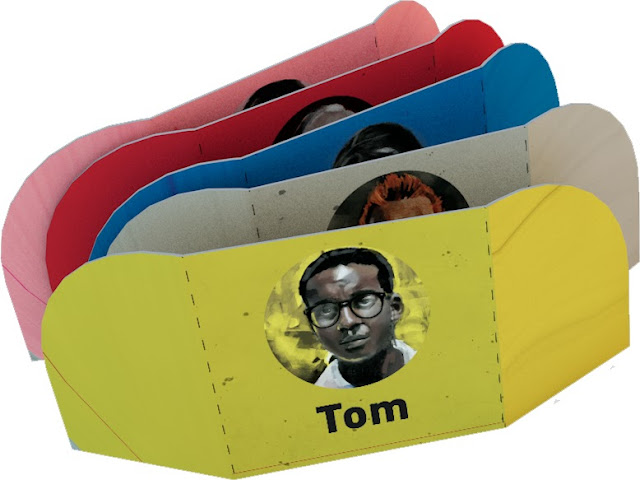 Will you be able to negotiate, blackmail players, create alliances, and cause scandals in order to succeed in United States politics and be one in Home of the Brave?