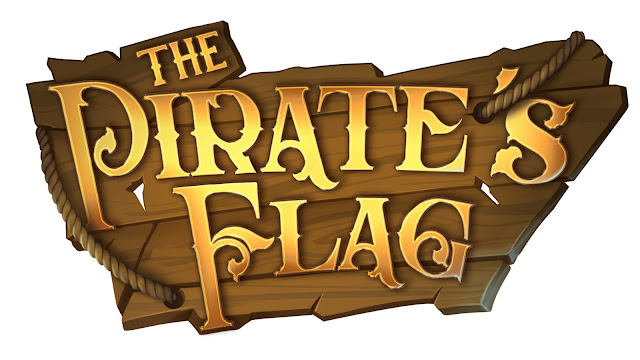 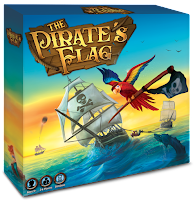 The Pirate’s Flag is a dice rolling, point to point movement, pick up and deliver, take that, capture the flag adventure game!  Players will be moving through the Serpent’s Pass with the goal of being the first player to escape back to the Dread Sea with the pirate’s flag in hand. 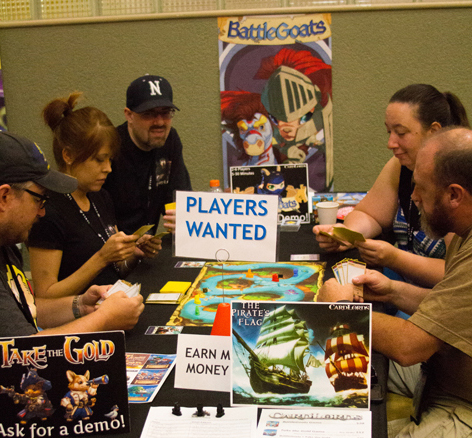 Each player will take on the role of a unique pirate captain and will be commanding their ship as they move through the pass. They will be collecting cards to help them manipulate the dice, modify them, and possibly mess with other players ships! 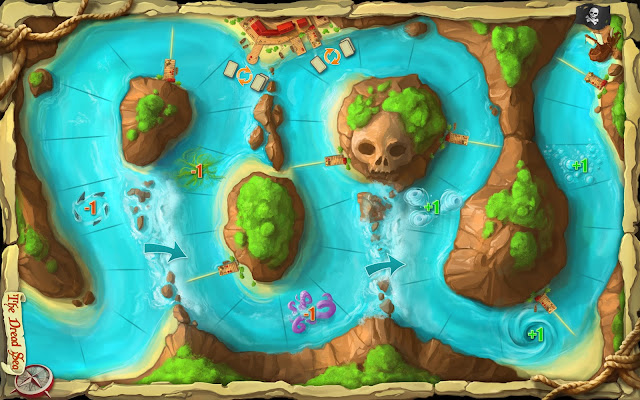 To begin the game each player will select a ship to command. The ships starts off the board in the Dread Sea. They begin by rolling dice moving along Serpent’s Pass gathering supplies and battling for the flag. The Pirate’s Flag gives you lots of options every turn; stop at a Trading Post, backtrack and prepare an ambush, or speed ahead down a waterfall — the strategy is up to you!  You will also go by docks which will let you draw a card.  These cards can be used at anytime during the game.  You can get rid of the cards at the trading post or you can also use them to battle for the flag!  The player who gets the flag off the board wins the game.

Will you be the one to return with the pirate’s flag?