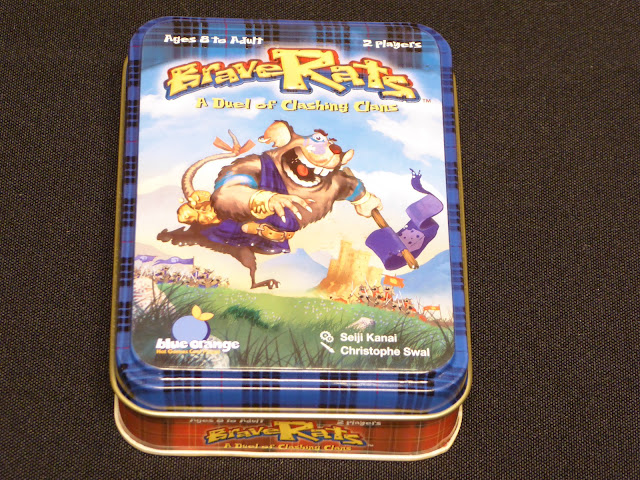 Two cheese loving enemies meet on the field of battle to wage war. These clashing clans will stop at nothing to win the day. You control the army you control the war! Are you ready to fight?

In brave rats, players will take command of a band of fierce warrior rats which includes princes, generals, assassins, and musicians…? Well even soldiers need some down time. Who will lead their army to victory?

Set up is super simple as each player will take one deck of eight cards into their hand. Yep, that is it.

To play each player will choose a card from their hand and play it face down in front of them. Once each player is ready the cards will be turned face up. The player with the highest number wins, but wait each card has a special power. Players must take each power into account while determining which card is the highest.

Once a winner is determined the cards are discarded with one being placed face down as a reminder of who won the round. The first player to achieve four victories wins!

Example of play. Player A plays her Prince (power 7), hoping her opponent doesn’t play his Princess winning the game automatically with it’s special power. Instead, he plays his Musician (power 0) nullifying this round and making the next round worth two victories. In the next round she plays her Wizard (power 5) nullifying her opponents special power on his Spy card (power 2) and takes both rounds. Up two nothing she plays it safe with her General (power 6 with a plus 2 to next round’s card) however Player B drops his Assassin and takes the round with the lowest card. She now plays her Spy hoping to catch her opponent off guard, but he plays his Ambassador (power 4) which counts as two victories. He is now up three to two. This time she plays her Assassin and takes out his General. Now whoever wins this next round will win the whole game! Her opponent has most likely been saving his prince for a time like this, but he might also realize that she will probably play her princess. What will she choose, what would you choose?

This is a co-review of Brave Rats that I did with my ten year-old son, DC. We both played it and wrote our thoughts. His will be highlighted in red.


Theme and Mechanics:
Brave Rats could easily be any theme you would like that fits in a war/battle setting. The use of rats dressed in Scottish garb (i.e. Braveheart) was very clever and works well with the mechanics. Speaking of which the mechanics for Brave Rats is the old tried and true highest card wins. What makes this version more interesting is:

Game Play:
The game play is very quick, simple and straight forward. Games take less than ten minutes and younger players can easily understand and excel at it. If your youngster can read, they can play. Heck my five year-old enjoys playing this one.

Artwork and Components:
DC: This game has fun playful art artwork, which really helps you get into the game. Each character has it’s own artwork (even from the red to blue team). This was one of the things that really drew my kids (and me) to this game and keeps them coming back for more. 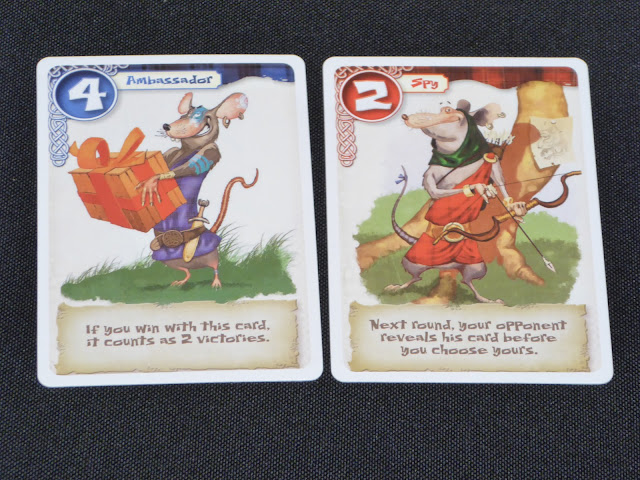 The Good:
DC: It’s a good after-dinner game that we can play quickly before bed. It is also a great game to get kids interested in gaming and have them start developing logical thinking skills.

The Bad:
DC: There is only one problem with Brave Rats and it might surprise you. It’s the tin! I like stackable games and this one just doesn’t stack! I have the same complaint, I hate tins. The game also can get a bit repetitive, however if you only break it our every once in a while it can keep that same fresh feel.

Final Thoughts:
DC: Out of all the quick filler two player games I’ve played this one is in my top five for sure. I love trick taking games so this one is right up my alley. Although it is not in my top five two player fillers I do enjoy playing this one with my kids and watching them try so hard to beat me.

Check out Brave Rats on: 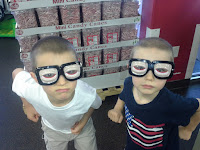 DC is a fun-loving ten year-old who enjoys art, sports, music, and of course board games! He has been playing games as long as he can remember and loves beating his dad.