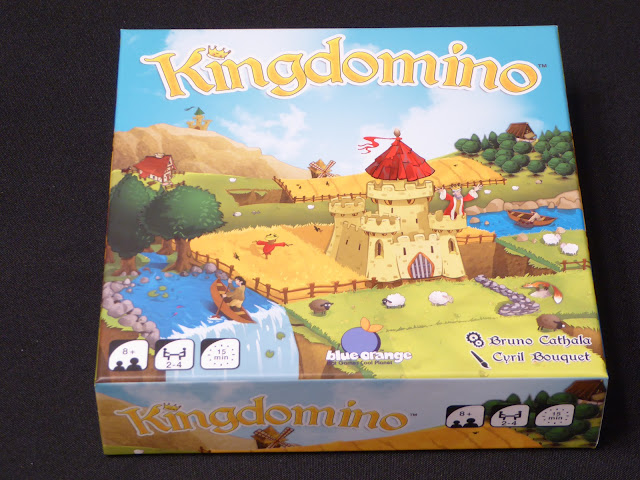 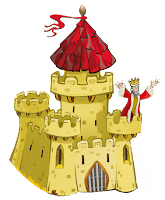 Your kingdom is grand but not grand enough, you are now seeking new lands to increase your wealth and stature but so are the rival kingdoms. Can you out maneuver your opponents claim the the best parcels of land and make your subjects happy? If so you will become Kingdomino!

To setup Kingdomino each player will take a castle, matching start tile and matching king tokens  placing them in front of them—castle on top of the starting tile with space around it. Players will then shuffle the land tiles and place them back in the box so the number side is facing out towards the players. Four tiles are drawn from the front of the row of shuffled tiles and placed in numeric order starting at the box and working outward. Once the tiles are laid out they are flipped over revealing what they are. Then the player’s king tokens are collected and held in a player’s hand who mixes them up and drops one out randomly. The player who’s token it is then places it on a tile of their choice. This continues until each player has placed their king token. Four new tiles are now drawn and placed in numeric order (like previously) to the side of the first set tiles and flipped over. Players are now ready to begin play. Note: there are some variations on the number of king tokens used and tiles drawn based on the number of players.

When placing a new tile into her kingdom she must follow a couple of connection rules:

1) Either connect to the starting tile, which is considered a wild landscape type, or to at least one matching landscape type of a tile already in play. For example forest to forest or water to water.

2) Each kingdom is limited to five squares by five squares so the tiles played must fit within that constraint.

If a player is unable to place a tile according to the above rules that tile is discarded.

Once a player is done choosing her new tile play moves to the next player who is closest to the box, who takes the same actions as the first player. This repeats until each player has had a turn. Four new tiles are then drawn and placed per the rules above and the next round begins. Play continues like this until all the tiles have been placed or discarded. 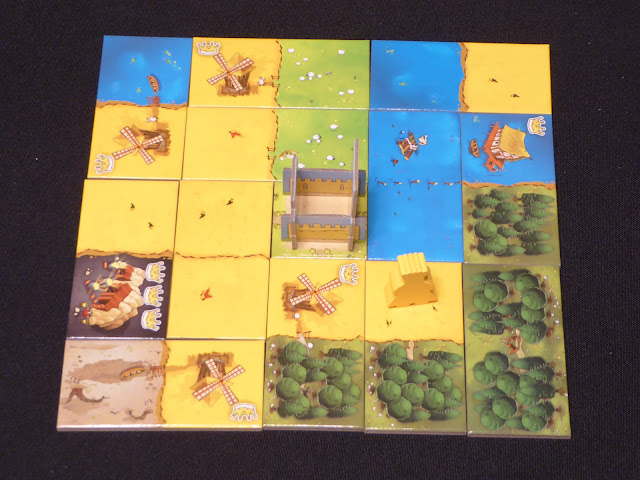 The player who has the highest score wins!

And that’s how you play Kingdomino!

No big secret here considering Kingdomino won the 2017 Spiel des Jahres, but this game is freaking awesome! So simple yet so much fun. Blue Orange nailed another one out of the park.

As you can see above the set up and game play is super simple and straight forward. Games are fast typically lasting 15 to 20 minutes so it is easy to get multiple games in on a single night. And yet with the simplicity and quickness of the game there is some unique strategy at work here. Players have many decisions to make each turn that can really effect future rounds and the end of the game.

First on a players turn they must decide where to best fit the newly chosen tile into their kingdom. Do they go for a large landscape area and hope for crowns later or do they create smaller areas with the current crowns they have? Next a player must decide which tile to claim. One closer to the box so they get a better choice the following round or a tile with three crowns but on a landscape type that isn’t common?

Even with the choices available play does not get bogged down. There is enough time during other player’s turns to make decisions and keep the game rolling. You can tell this game has been vetted well as there are no strange quirks or hiccups that hinder play.

The artwork is so fantastic and fun, it suits the theme, mechanics and playful game style so well. On top of that there are many hidden Easter eggs throughout the tiles which my kids really enjoy looking through and trying to find all the fun monsters and characters. As usual the components are stellar and up to par with what Blue Orange typically puts out. 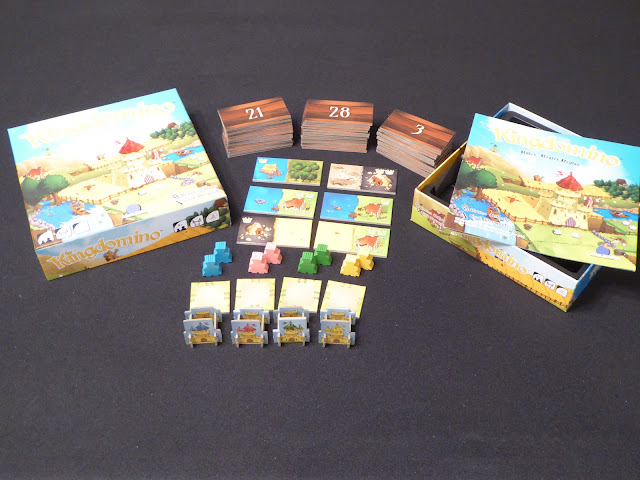 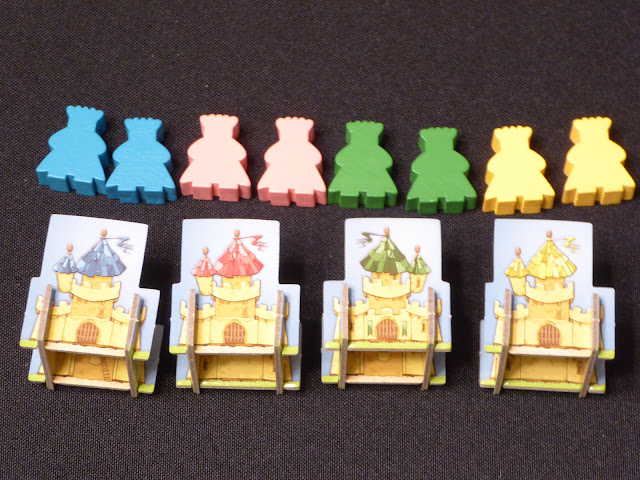 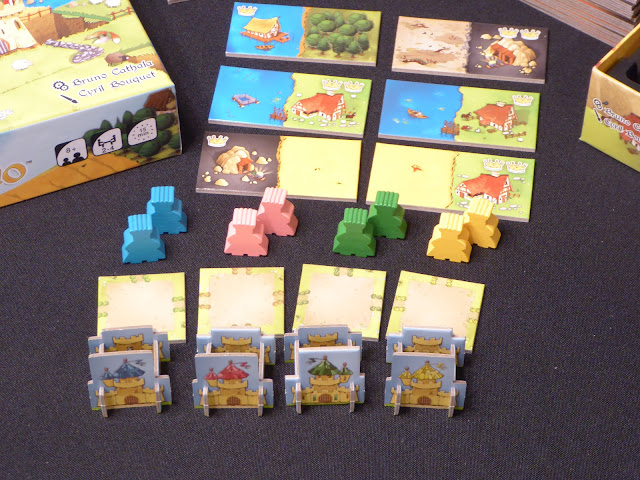 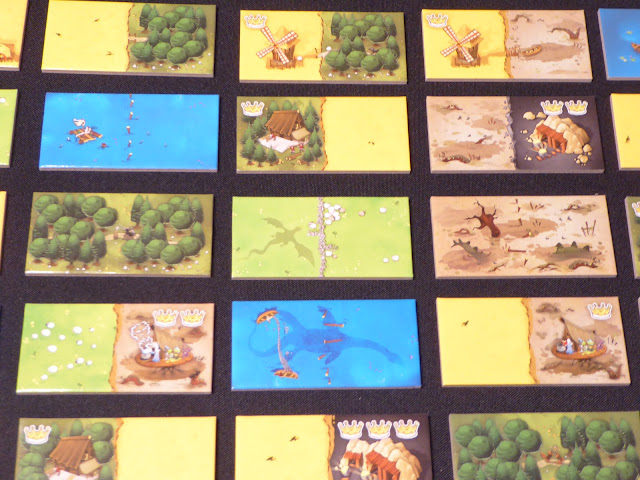 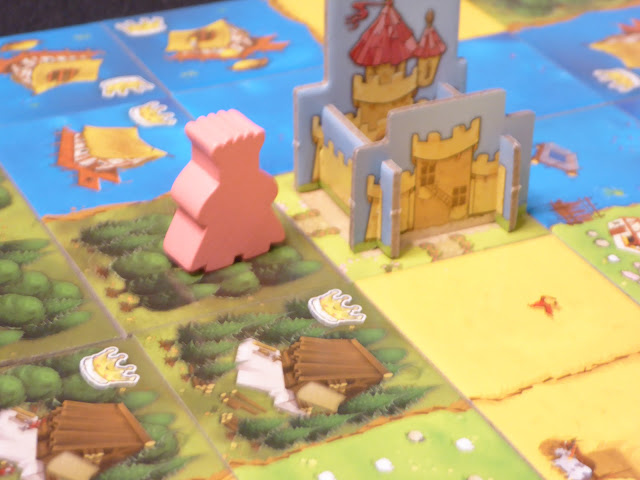 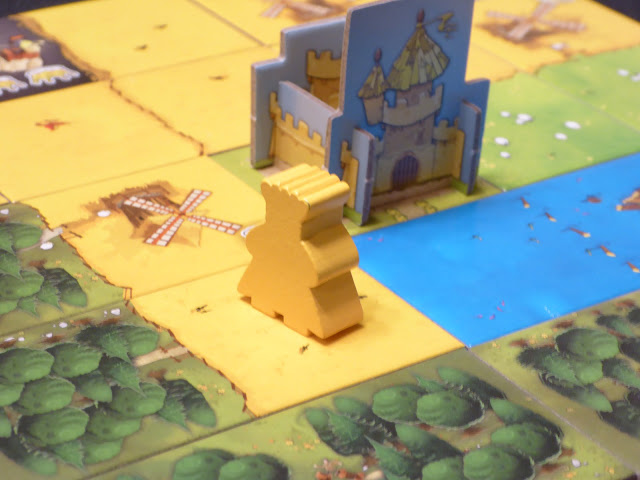 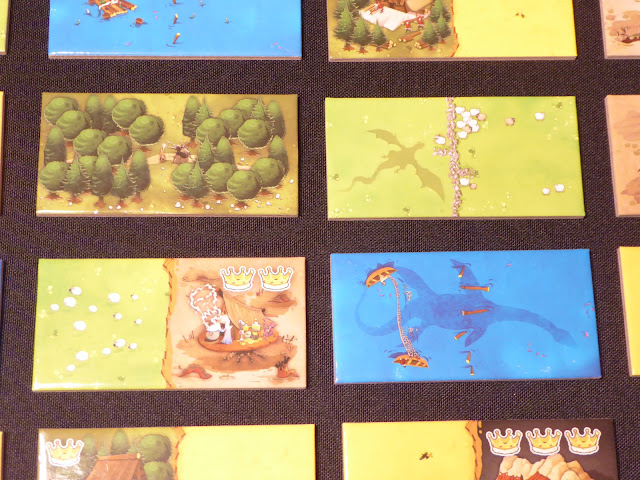 The Good:
Kingdomino is a fast paced strategic games that is easy to learn and play. It is fun for experienced gamers as well as new gamers and is great for all age ranges.

The Bad:
The only bad thing I can think of is the game ends at some point. Many times I would like to keep the game going and continue to add to my kingdom, but I guess that is what the 7×7 rule is for.

Final Thoughts:
Kingdomino is a must have for your gaming shelf. It is quick and works well as a filler game but also scratches that strategic itch. As I have mentioned a few times the mechanics are very easy to pick up so it works well as a gateway game and the artwork is too hard to resist!

Check out Kingdomino on: