After centuries of indulgence, the gods have become weak and Death has stripped them of their immortality and cast them to Earth. No longer protected the planet is ripe for destruction and Death is ready to unleash his minions in his final act! But not all is lost the gods have returned, in a mortal state, and are ready to battle Death to save the world. 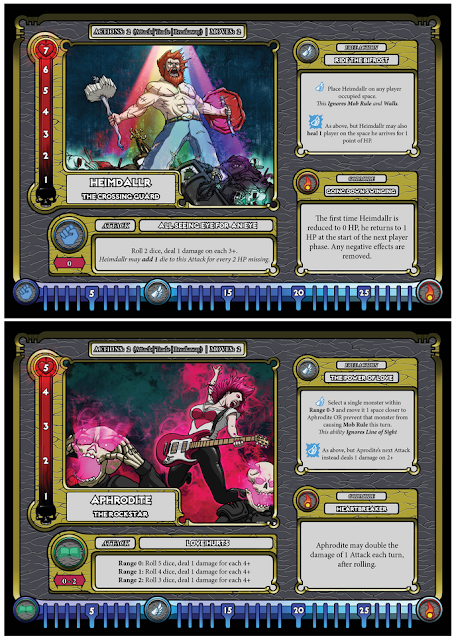 Mortals: Descent of the Gods, for 2-5 players, is a cooperative battle-arena board game where players will take on the rolls of Greek, Norse, and Egyptian gods to fight Death and his minions to save the world. Using unique character powers players will attempt to stop Death by fighting an ever increasing onslaught of minions and mythological monsters.

Players can choose from twelve playable characters, four from each mythology. Every character has a different set of powers allowing players to create a variety of team compositions.