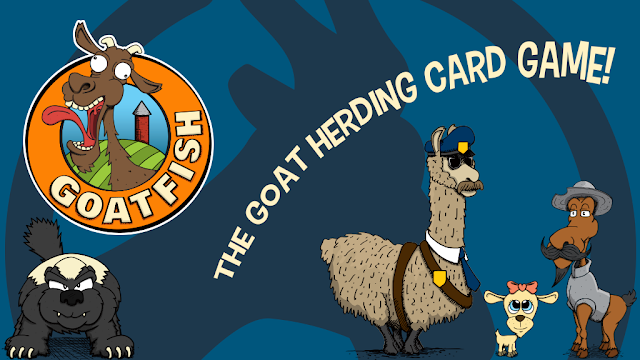 I received an email the other day from Chad Gray telling me about a game he and his daughter designed called Goatfish, which is on KICKSTARTER now. At first I was intrigued by the artwork but a little concerned if the game play would amount to anything. After checking it out I was pleasantly surprised. 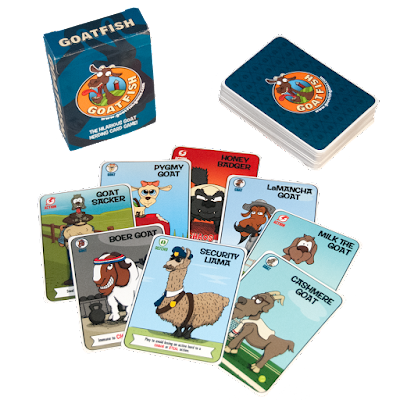 Goatfish is a funny and quick game of memory, set collection, and take-that strategy where players herd goats, use action cards to gain the upper hand, and play defend cards to protect their precious herds.

For 2-5 players, ages 8 and up, Goatfish offers three game modes of increasing complexity: from a simple matching game to the advanced scoring mode where players must carefully time their goat herding, actions, and defense to maximize their score versus their opponents. Goatfish offers something for players young and old and all skill levels. With an average play time of 15-20 mins, Goatfish is a quick way to have fun with family and friends. If you’re not laughing, you’re not playing Goatfish. 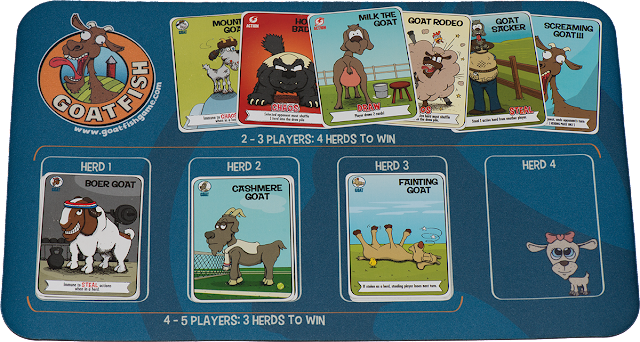 Goatfish from Cloudbreak Games is on KICKSTARTER between now and October 26, 2017 and is seeking $5,000 in funding (which they have already accomplished). You can pick up a copy as low as $15.