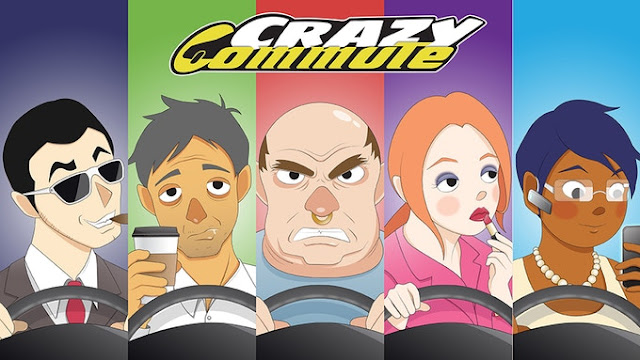 Crazy Commute is a competitive party game for 3 to 5 players! This lightweight card game takes 15 – 30 minutes to play and is recommended for ages 7 and older. The rock-paper-scissor mechanics make it a fast-paced and easy to learn game! Perfect for families and parties! 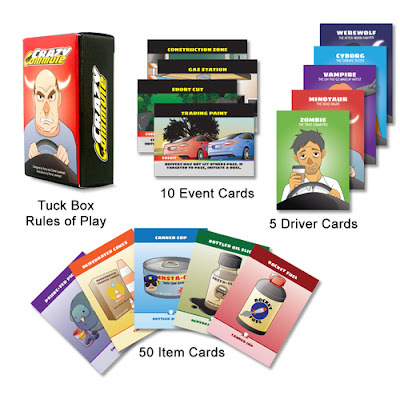 As on the many highways and byways across the world, Crazy Commute is all about getting to the front of the pack and staying there. Players will duel with their opponents to push past and win the game!

In Crazy Commute there are 5 drivers to choose from! Each player chooses a driver then lines them up in a horizontal starting line. The game is ready to begin!

To start the game, the first player will move their driver card in front of other players just to get things going.

Players will then, in turn order, move their card either next to the opponent in front of them or to the front of the pack.

Your opponents may allow you to pass in order to steal a card from you.

However they may decide to duel you. This is done by playing cards from your hand and matching them up with your opponents card (similar to rock-paper-scissors).

Defeat your opponent with the proper cards to win the duel and get ahead!

Whenever an event card is drawn, it is played immediately! Random events add new play conditions to the game!

Win 7 duels to win the game!

Crazy Commute is on KICKSTARTER between now and November 2, 2017.