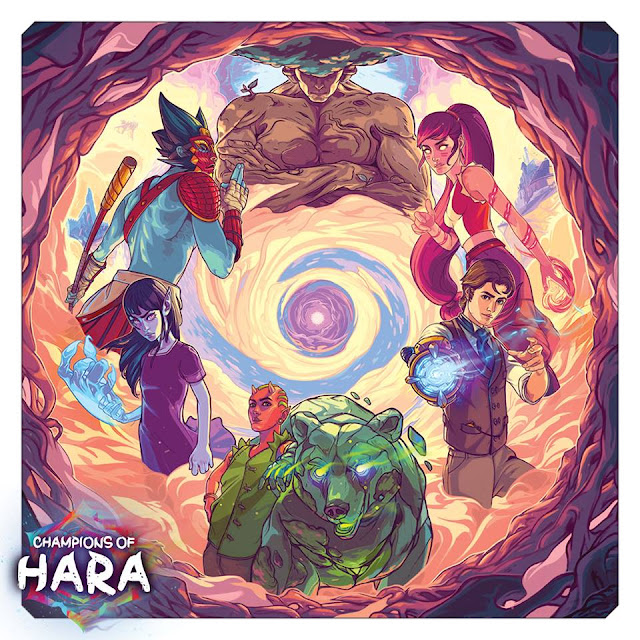 Head over to KICKSTARTER because Champions of Hara has launched and has been updated and is much improved. Champions of Hara makes you feel the adventure of racing to protect a dying world. The game is for 1-4 players with approximately a 30 minutes playing time per player.  You will be defeating monsters by using destructive energy, closing rifts, and exploring the different zones of Hara. There are six different zones in Hara, once you explore one, you will come to realize that the others are totally different. In order to rise to the challenge, players will need to unlock new abilities and collect powerful items. 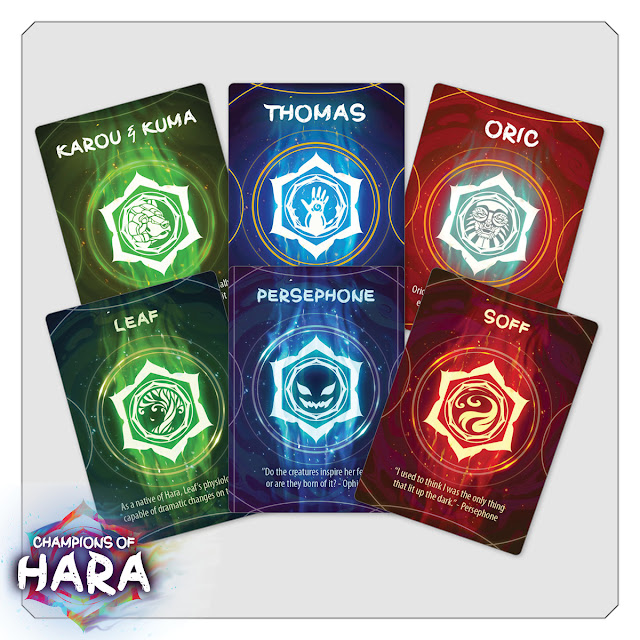 Champions of Hara features different modes to play the game such as cooperative and versus modes.  These types of play have different scenarios and play in about 90 minutes.
In versus mode, players will compete against one another in arena style combat. The winner is offered a powerful blessing by Hara’s stewards: a single wish to shape the future. However, wishes are no simple matter. In co-op mode, players will work together to overcome the fallout from the champion’s wish, facing off against corrupted foes and solving scenario based challenges. 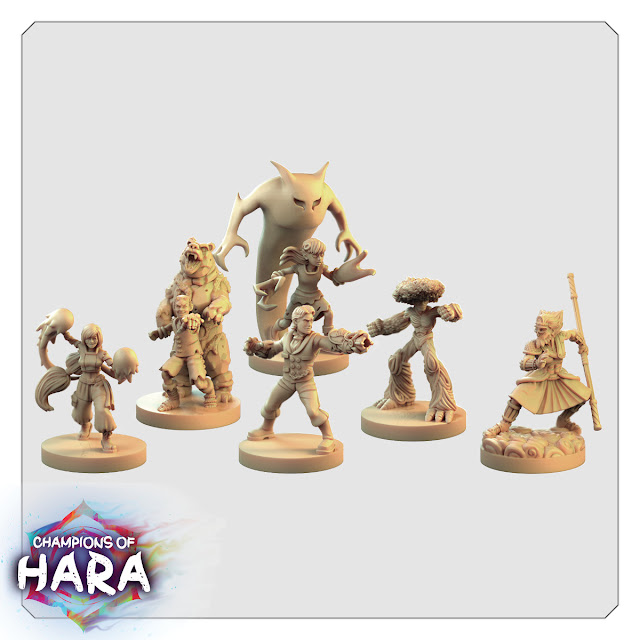 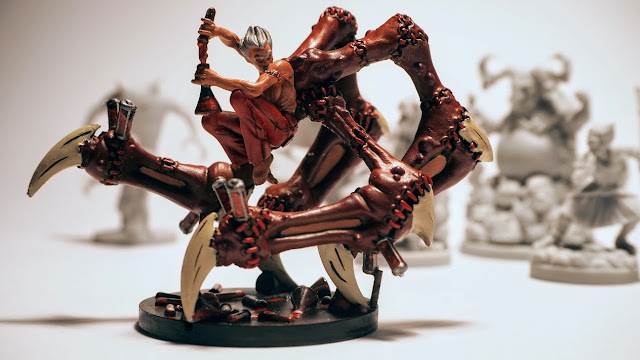 You can decide to choose from 6 different characters who all play very differently.  Each character has a unique resource system which causes strategies to change from character to character.

The game includes lovely crafted miniatures and the game art, and graphic design helps make the game look as amazing as it is.  The theme of this game is connected to a comic book series which is fun for those who do comics.  The theme also combines lighthearted humor with dark fantasy, and as you play the game you will be able to see how true that is. 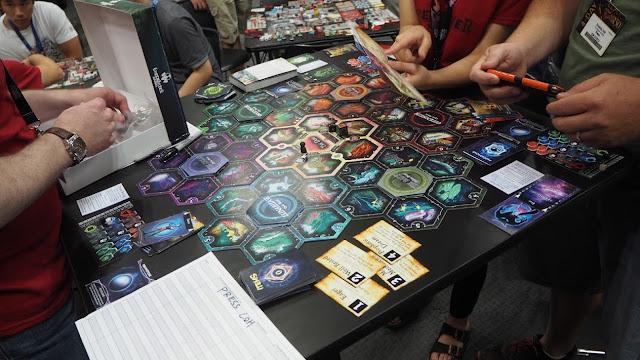 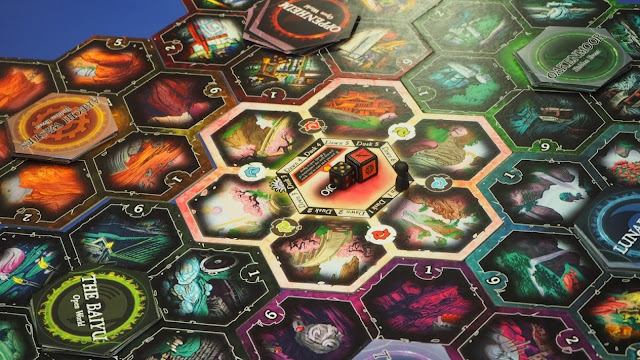 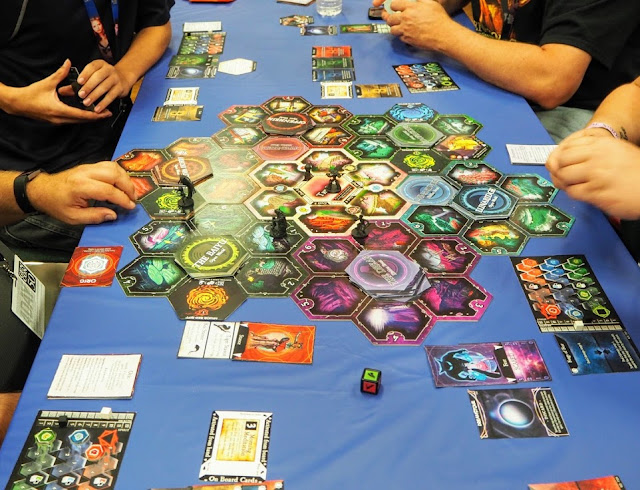 Champions of Hara is on KICKSTARTER between now and September 28, 2017.