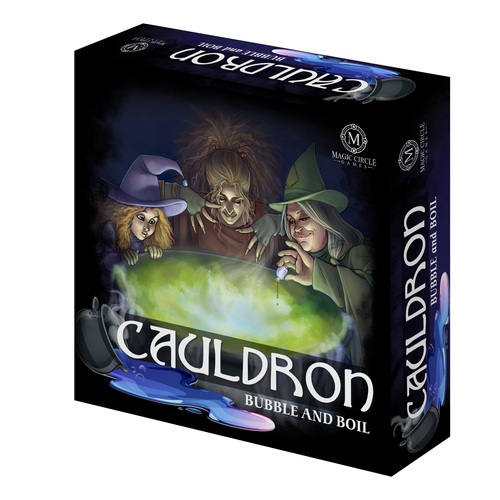 Cauldron: Bubble and Boil is a game in which the players are witches and warlocks trying to win the coveted Witches Crown in a potion brewing contest. The game involves planting gardens, harvesting ingredients and hexing your opponents. There are multiple strategies to earn victory points and to win the game. 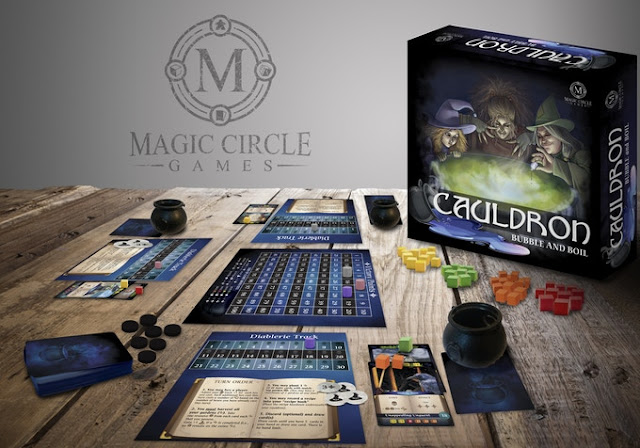 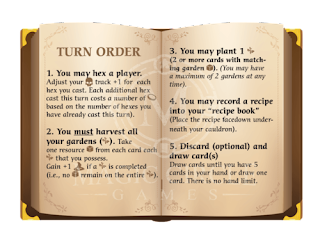 Each card has three types of game information: hex, ingredient and recipe.
The players have a number of choices each turn. They may chose to cast a hex spell which has various effects (e.g. stealing resources, lowering or raising victory points, etc.). Casting a hex raises your position on the “Diablerie Track” which yields victory points at the end of the game.
They may take cards in their hand that produce the same resource and plant them in a garden (minimum 2 cards). A garden is a set of cards that produce ingredients for brewing recipes at the end of the game. You may have a maximum of three gardens. gardens cannot normally have cards added to it once it is planted. The player takes ingredients from their garden every turn and places it in their cauldron. These are used at the end of the game to brew recipes. Additionally, each time a garden is successfully harvested completely (i.e. no resource remaining in a garden) the player receives a Crone Token (worth 3 points at the end of the game).

The third option a card provides is for a player to play as a recipe card. Each recipe lists a victory point total and the ingredients required to brew it. If a player chooses to save a recipe, the player places it face down under the player’s cauldron. no one is allowed to look at recipes once they are placed under a cauldron (this is called “recording a recipe in a cook book”). 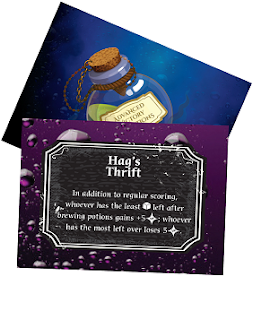 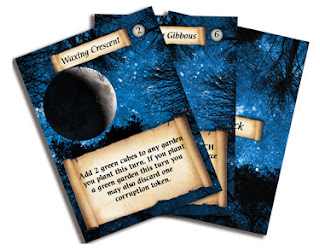 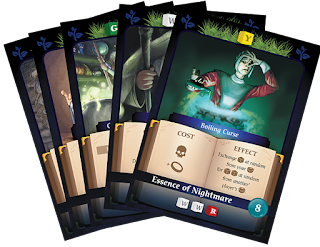 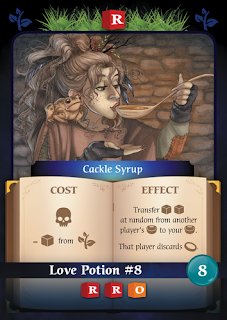 The game ends when two resources are depleted or when one player has recorded seven recipes. For a quicker game or longer game, adjust the number of recipes that can be recorded. 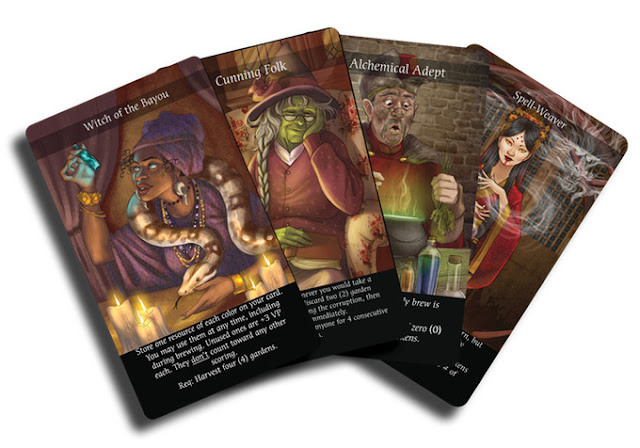 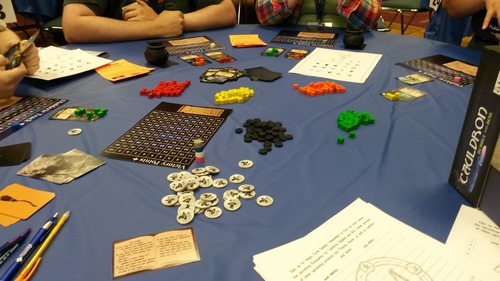 Cauldron: Bubble or Boil is on KICKSTARTER between now and August 25, 2017.