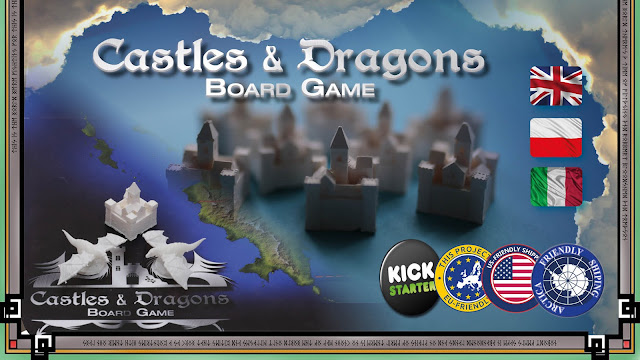 Castles & Dragons, from designer Marcin Malinowski and publisher El Fenix Games, is an fantasy board game that uses economic and area control mechanics. It is for 2-4 players, plays in 120-180 minutes and is recommended for ages 12 and up. El Fenix Games is seeking £25,000 in funding on KICKSTARTER which will go live September 1, 2017. 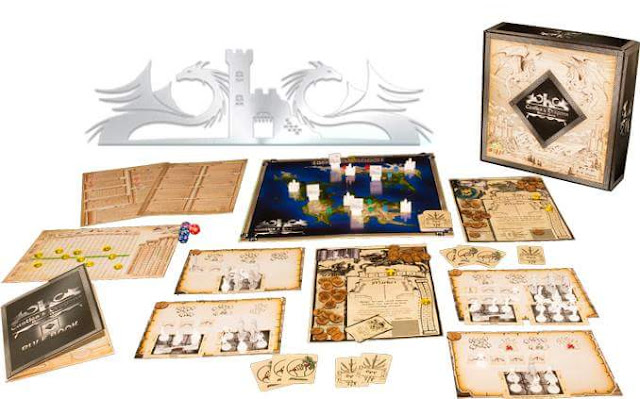 As a Lord you start Castles and Dragons defending one realm then as the game progresses you use your resources to conquer the rest of the world either by force or by uniting the people together. You will test your bargaining skills in a supply and demand market and create pacts with other Lords to make your way to the crown quicker. Later you will break alliances and destroy opponents by sending spies and troops into their lands. You will expand your kingdom by building villages and cities and protect them by raising castles and wizard towers. Every move you take influences the happiness of your people so be careful not to dissuade your subjects. When you have developed enough land you will be able to become a country, but if or when it falls to the ground your people will assassinate you. Will you accept the challenge? 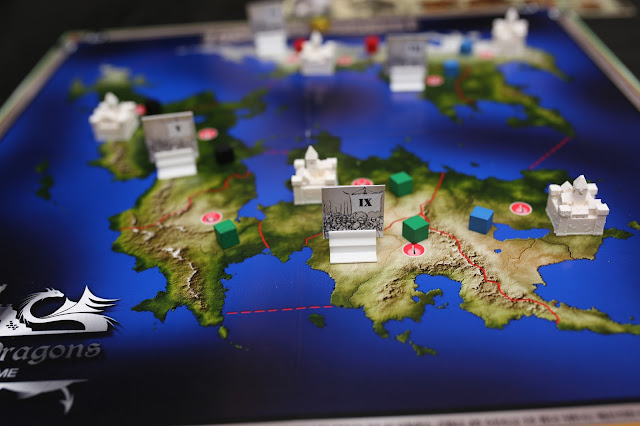 Castles & Dragons is played over ten rounds which are tracked along the top of the board and signifies a year in the history of Mortron. A turn is then split into eight phases in which each player will perform their own actions before moving on to the next phase. The sequence of play will all depend on the which phase players are in. 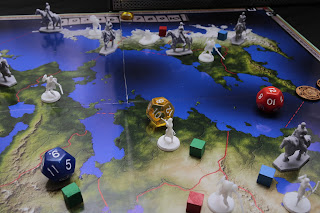 The phases are as follows: 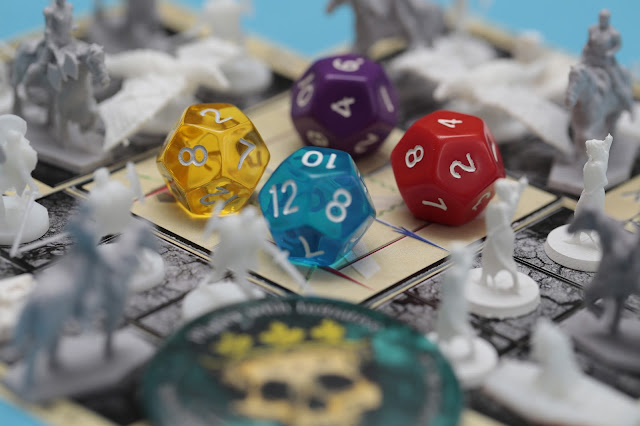 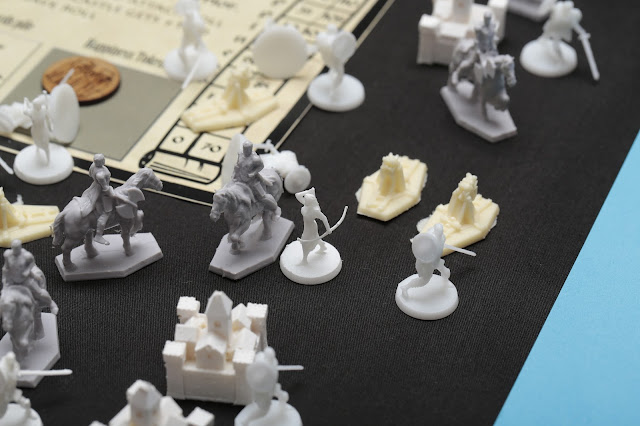 Castles & Dragons is on KICKSTARTER between now and September 30, 2017. 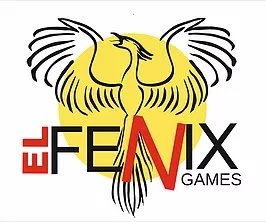