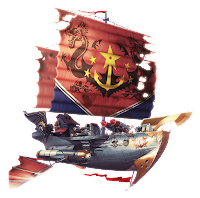 Scrolling through Facebook the other day I ran into this new project from Playware Studios – Avertigos. You might have seen it too, it was the one with the FREAKING AWESOME looking steampunk style modular airships. I immediately stopped my wasting of time and checked out this cool project! Here is what I found out:

Avertigos is a table-top-miniatures game and board game hybrid which plays 2 to 5 players, ages 14 and up for 30 to 180 minutes (according to BGG). It features modular miniatures and player boards – the modules on the ships can be mixed and matched to create unique load-outs with different strengths and capabilities. 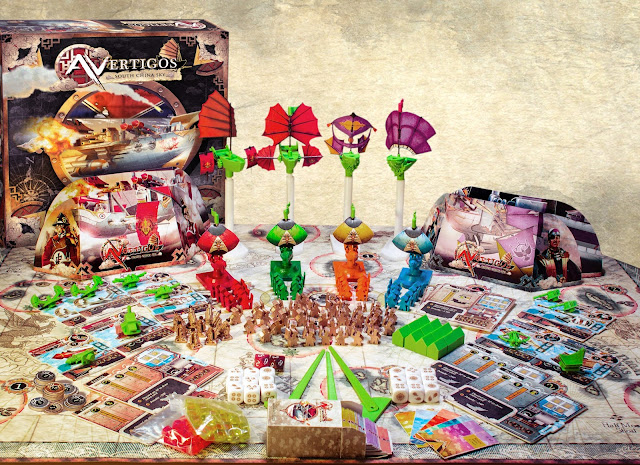 In the game players navigate the skies via an innovative card-based maneuvering system, where they lay out their intended course with cards earned, which may also allow them to reap certain bonuses or suffer penalties. This system is singular in that it can work with or without the game’s board. 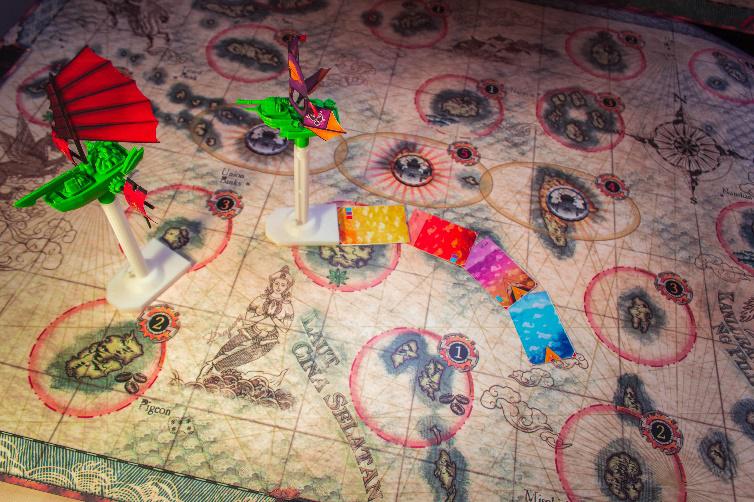 Players will use their formidable flying sail-ships and fearsome meeple armies to capture settlements and earn money to buy more powerful ships that will allow them to defeat their rivals and fully control the trade and resources of the islands. Players will trade bribes and favors to advance the interests of their own merchant clan. 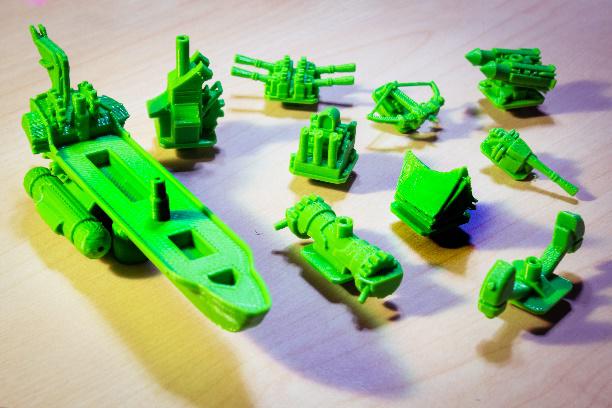 Be sure to check this one out! 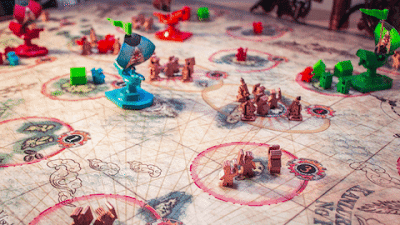 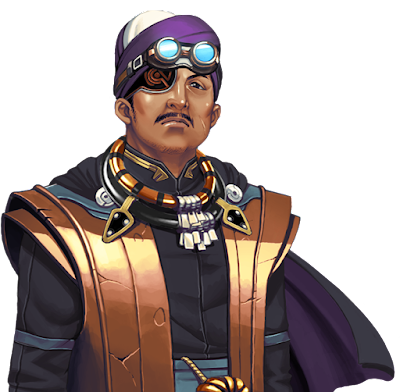 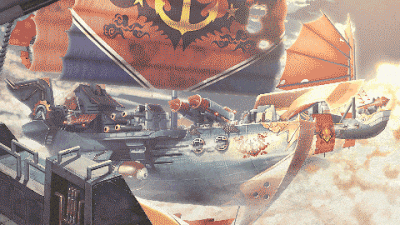 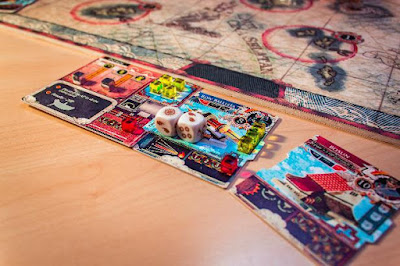