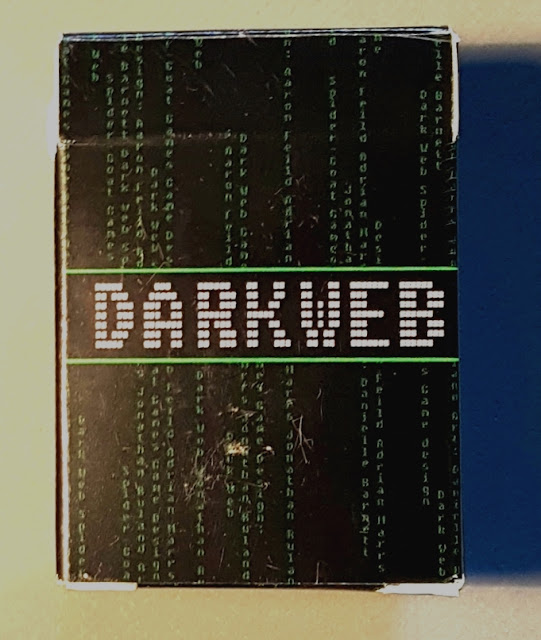 You take a deep breath, this is going to be tough. You have routed your IP address through twelve proxies around the world. You hope it is enough otherwise those eight months of planning was a waste. You smile to yourself as you realized those eight months are going to boil down to four minutes of work. An instant message pings on your screen, ‘it is time’. This hack could send you to jail for more lifetimes than you know; or cement your place in the Dark Web history forever. Let the hack begin!

To set up Dark Web follow the below 3 steps:
1. Put one Hacker card per player into a pile, and then add the IT card. Shuffle these cards, then deal one face down to each player.
2. Place the timer cards in a pile, face up in descending order near the center of the play area so the “4:00” is on top and the “1:00” is on the bottom. If you are playing with 5 players, remove a Lock card from the game.
3. Shuffle the server cards and discard ten of them face down. Then split the remaining cards into two separate decks. These should be roughly equal in size, but it is not necessary to be exact.

Your path to victory will be different depending on your role which are: Hacker (a black hat) and Corporate IT (a white hat). The Hackers are all on the same team and the IT player (if there is one) is on their own separate team. You may look at your role card at any time, but do not reveal it to anyone else until the end of the game.

Corporate IT: You win if the Hackers fail to score enough data points.

You may say anything you want at any time—it doesn’t even have to be true! Also note that, as already mentioned, you may never reveal your role card until the end of the game. In addition, you may never show another player any of your cards unless a script allows you to do so. However, you may of course say whatever you like about your role card and the cards in your hand!

The game takes place over four rounds. Use the timer cards to indicate how many rounds remain by flipping them over. Each player takes a turn in clockwise order and the rounds end when all players have disconnected or more Locks are revealed.

A player’s turn has three phases:
1) Play scripts – These cards have names that end in in ‘.sh’. You can play any number of scripts on your turn. To play a script, reveal it to all players then place it face down in the discard pile. Each script has a special effect.
2) Draw a Card – If you choose to draw a card, pick either Server deck and draw the top card into your hand. If it is a Lock, reveal it instead of adding it to your hand, then draw another card.
3) Disconnect and save data – If you choose to do this instead of draw, you exit the round and save any cards you have in your hand to your database. Place these cards in a pile next to you, face down with separate piles for each round. You do not participate in the rest of the round. If all players disconnect, the round ends. The player to the left of the last player starts the next round.

There are two types of cards in Dark Web, they are broken into:
1. Locks – Whenever you draw a Lock, reveal it and draw another card. Note that you may draw and reveal multiple Locks in a row. If at any time there are at least five Locks face up, stop drawing. All remaining players are locked out of the servers and the round ends. This means you discard all cards in your hand (to the discard pile, not to your database) face down. Discard all Locks from the round to the discard pile as well. The player to the left of the last player starts the next round.

2. Scripts – Scripts have titles that end in ‘.sh’. When a script affects another player, you may only play it on someone who has not disconnected from this current round. The different scripts are:
• Hero – Allows you to discard a face-up Lock at the cost of being eliminated from the round.
• Dump – Discard up to three cards from your hand then drawing the same number of cards.
• Gift – Give away up to two cards from your hand to another player or players.
• Trade – Choose one card from your hand to give to another player and they do the same to you.
• Search – Shuffle the discard pile, then draw five cards from it. Select any number of these cards and shuffle them into the server decks.
• Sort – Choose one server and look at the top three cards and put back in any order.
• Data files – There are four different types of Data Files: Accounting, Human Resources, Research and Development, and Propaganda. Data Files are how the Hackers score points.
• Viruses – If you have a virus saved in your database it decreases the hacker score by one. 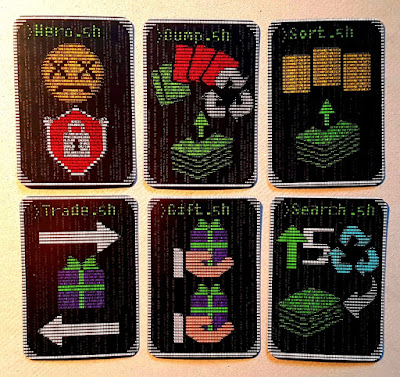 After all four rounds are over all players reveal their Role cards. Then the Hackers total up their points from each round and add them together. IT adds no points to the total regardless of the cards they have saved in their Database.

Points are scored in the following way:
For each card saved in your database, discard one of each data file. The remaining data files are worth one point each.

Add all Hackers’ scores from all four rounds together. Note that all scoring happens individually, you do not pool your cards for each round; each player discards one of each data file per round. If the Hackers do not have enough points to win, IT wins instead. 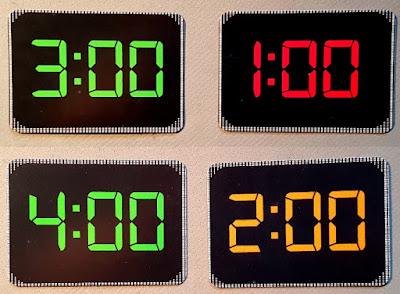 At first read, Dark Web can look a little complicated. After reading the rules I was a little worried that maybe they were trying a bit too hard to make a mountain out of a mole hill. But in our first playthrough I was pleasantly surprised; though it looks quite complicated at first glance it is easy and simple. Well I don’t mean simple, as there is a massive about of strategy involved in this card game.

There are several elements I really like about this game, the hidden rules, the theme (I love hacker and computer style themes) and the varied yet balanced script.

I played this with the person that introduced me to Werewolf, as Mick loves Hidden role style games and though this isn’t really in the same vein as Werewolf I thought he might get a kick out of it. Though he and his Girlfriend weren’t massive fans of the theme, being more a fan of fantasy style games, they really enjoyed Dark Web. They found the way players interacted; as well as them having their own agenda was interesting and refreshing. Being able to help and yet hinder one another while pressing you luck against the Locks made for a fun & interesting game.

Personally, I love the art and theme of this game. I know Mick and his girlfriend weren’t big fans of the theme, but they thought the art was clever. At first glance you would think that they have gone with a more cliché style 8-bit artwork, but once you look closer you see that all the art is done in binary, using different colored 1’s and 0’s. I find this quite clever. I’ve showed several people the game and it is split on whether they like or dislike the art.

I do hope that Spider Goat Games get funded and unlock their first stretch goal, as you can see from the pictures, these cards are tiny and there first stretch goal is full sized cards. Which I think this game needs; as I hate these little cards. I don’t mind if games that use smaller cards for an element of a game but when your game is a card game and you are holding a hand of cards they need to standard size. As I man with chubby fingers, holding these sized cards are quite annoying.

What I would also like to see added to this game is a player aid card, so you can look down and know what the symbols do. As with many games, once you have learned them you never have to look at the rules again. But as you are learning and teaching people I find this to be a really nice touch. I would even print them on the backs of the role cards. But this isn’t really a complaint, just something I like to see in games especially those with no writing on the cards.

If you would like to back Dark Web and help Spider Goat Games make this game a reality, they are only after $2,500 or $4,000 for standard sized cards, head over to their KICKSTARTER between now and August 5, 2017 . It really is a fun little game and a great little filler to add to your collection. 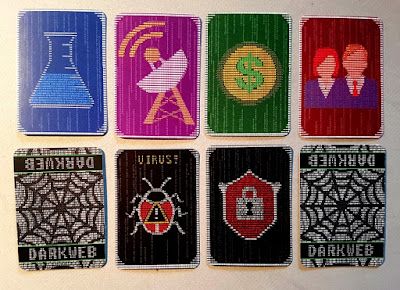 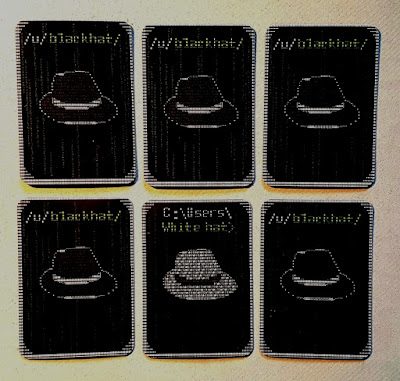 Derek comes to us from the Land Down Under. He has been bit of a fanboy of miniature games, growing up with HeroQuest and moving into Warhammer Fantasy and 40K. An avid RPG & causal Magic the Gathering player. But his heart and passion lies in board and card games. Feel free to follow me on Twitter @Derekmaggs81