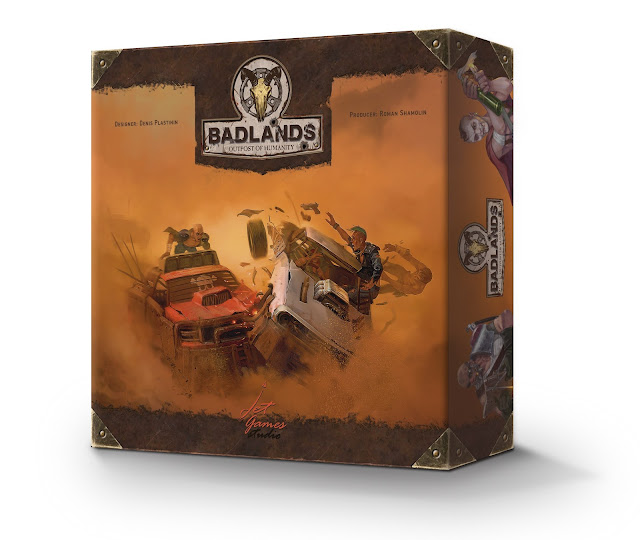 The world as we know it has been destroyed. After the last great war Earth’s only protection against the sun, the ozone, has been eradicated turning our vibrant planet into a desert wasteland. Massive amounts of radioactive fallout has also caused most of Earth’s inhabitants to mutate into mindless creatures bent on killing! A new world has emerged, depleted, dangerous, and hopeless. 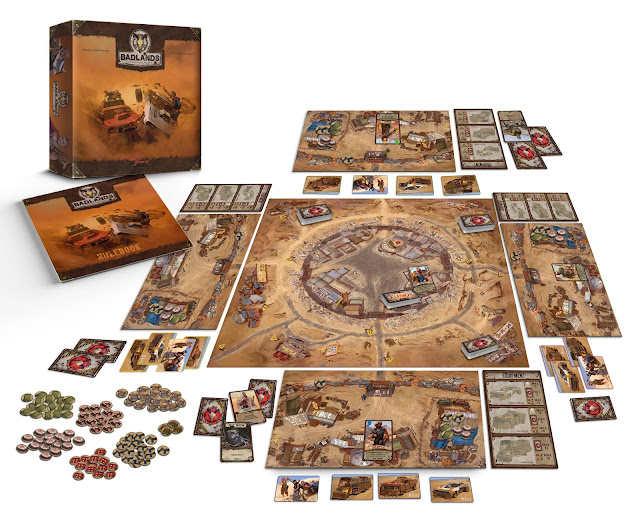 From among the ruins the last known survivors have formed small communities and have done what they can to carve out a bleak existence. Scavenging and fighting to stay alive is all they now know. In the center of it all is the Outpost, a place where they can go to trade what little they have or can find to get the precious resources they will need to survive.

In Badlands: Outpost of Humanity you will lead one of these small communities to gain influence over the Outpost which is done by trading, fighting, scavenging, and surviving. The first player to reach 100 influence points with the Outpost points wins the game.

Badlands is an action selection/influence game with a nicely done post-apocalyptic theme and beautiful artwork. Players will be using resources and moving around the board to completed different tasks in order to earn influence with the Outpost and win the game. Badlands plays with 2-4 players, ages 14+, and takes about 60-120 minutes. 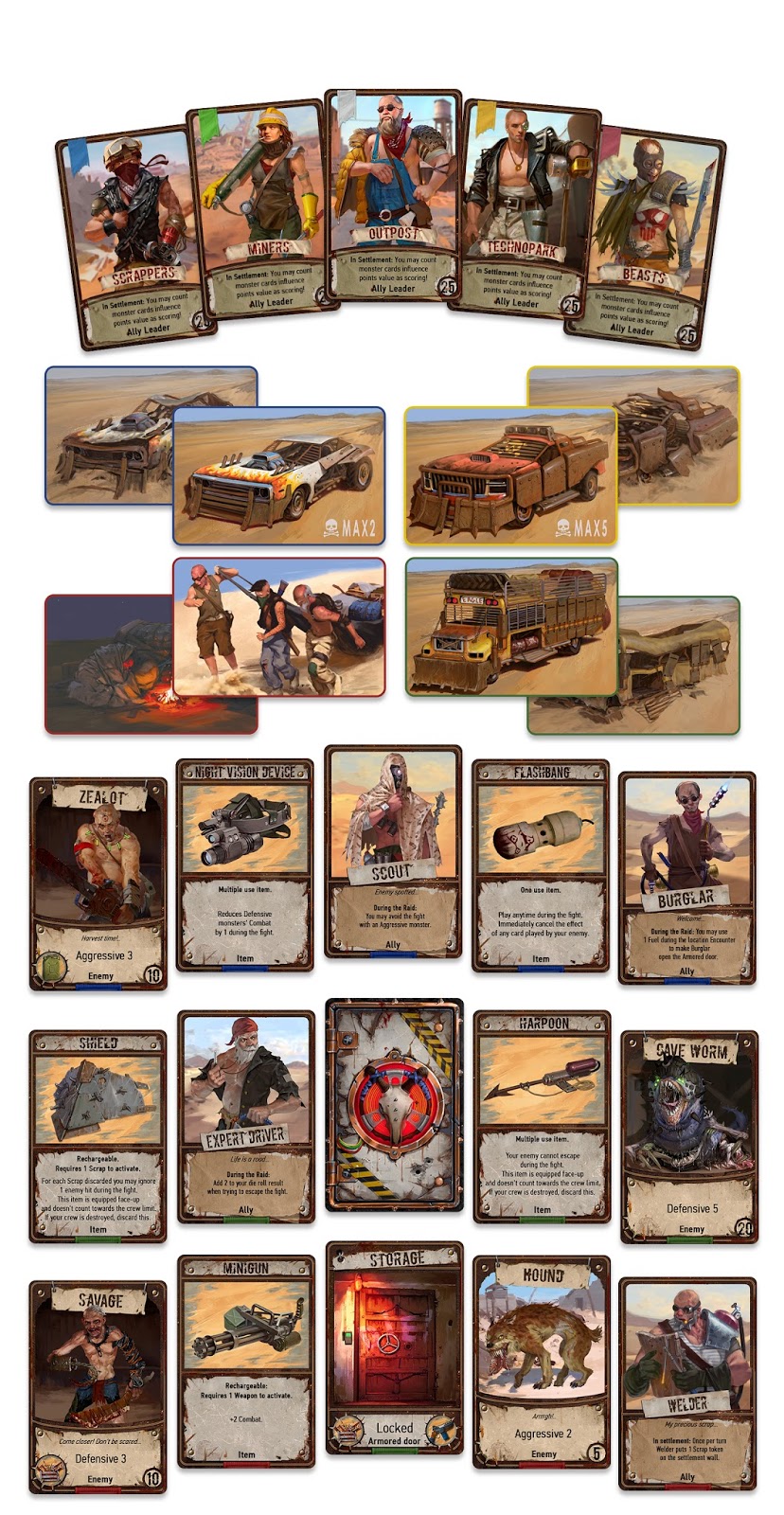 This is the fourth title from Jet Games Studio and is currently seeking funding on Kickstarter. They are hoping to raise 25,000 EUR by June 23, 2017. You can check it out at https://www.kickstarter.com/projects/472827030/badlands-outpost-of-humanity.