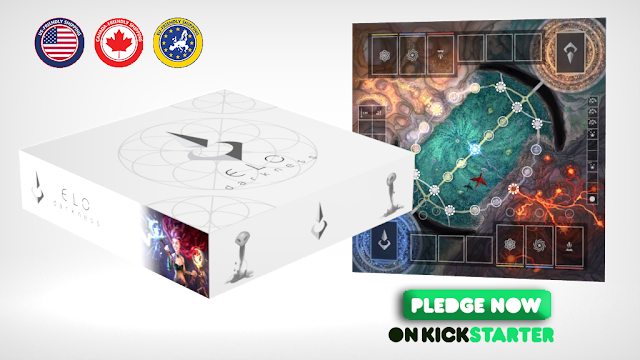 ELO Darkness is a new MOBA, inspired board game based on card-driven mechanics, that will be launched on May the 16th on Kickstarter. The game lasts 45-60 minutes and is a strategic player vs player duel, with a multiplayer variant included (team vs team).

Players fight each other in a 3-Lane arena taking control of a 40 cards deck representing their own Team of 5 Heroes. Each Hero is characterized by its specific role and ability cards. Players can build their own deck or choose their Heroes through an initial draft mode.

The innovative element, distinguishing ELO Darkness from the classical card duels, is the presence of the game board, a strategic map where the players mark and move the battlefronts positions. There’s indeed an interesting connection between the hand management and the decisions to be taken on the map.

The game strategy focuses on the whole Team and on the interaction between Heroes abilities. The combat on the Lane is determined by a simultaneous action selection mechanism together with a Challenge phase in which players can play support cards (planning it in advance) to change the outcome of the fight. The core of the game experience stands within the exploration of all the synergies and combos between the cards.

The object is to invade the opponent’s base, overtaking and destroying his tower, turn by turn. During the game you’re also going to farm resources with your Heroes, equip your Team buying powerful Items and manage your ability cards to gank your opponent and push the Lane towards the enemy Base. 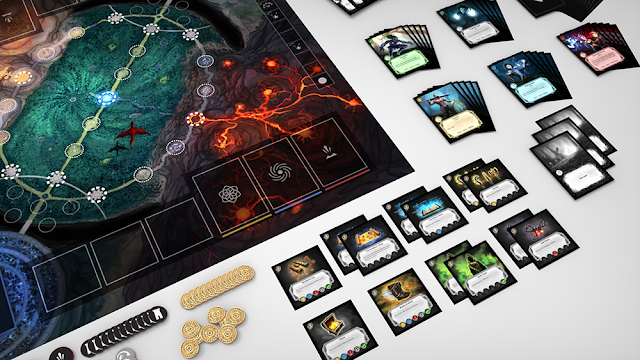 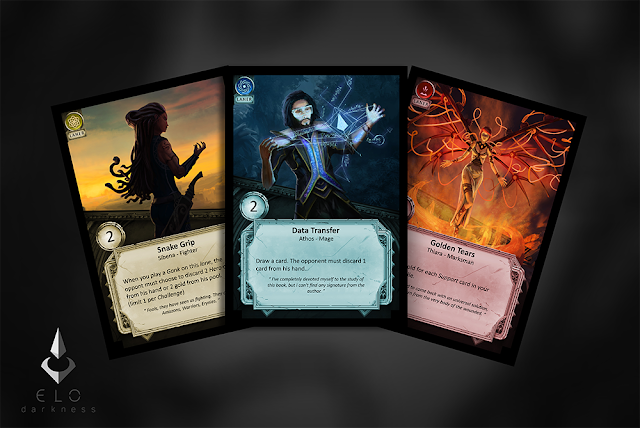 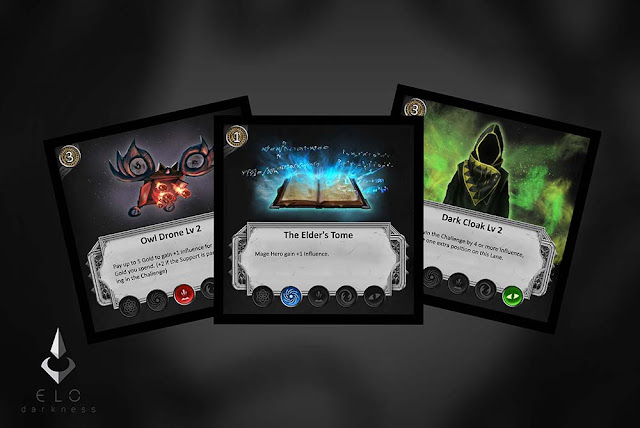 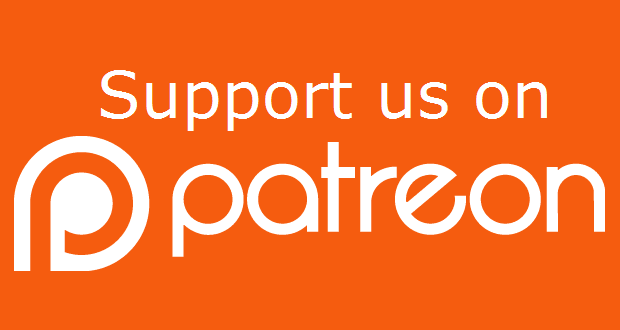