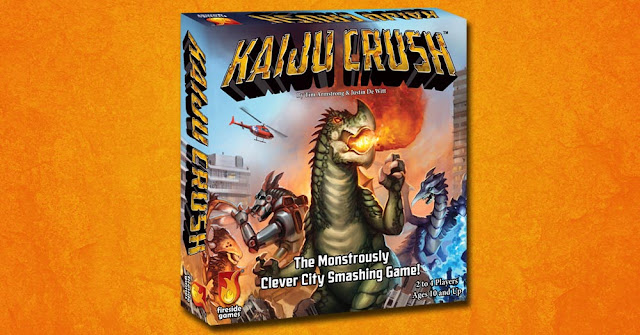 From their website:
“We are so excited to announce that Kaiju Crush is coming to a store near you this November! Tim Armstrong came to us last summer with an intriguing limited grid movement system with public objectives, and our own Justin De Witt thought it would be a blast to see giant monsters using those movements to stomp around a city. And of course, if you have giant monsters stomping around a city, you’ve got to have them fighting. After months of playtesting and iterative design work, we are proud and relieved that the files are off to the printer!”

Kaiju Crush is a light strategy game with limited grid movement, shared objectives, and intransitive combat on a modular board. 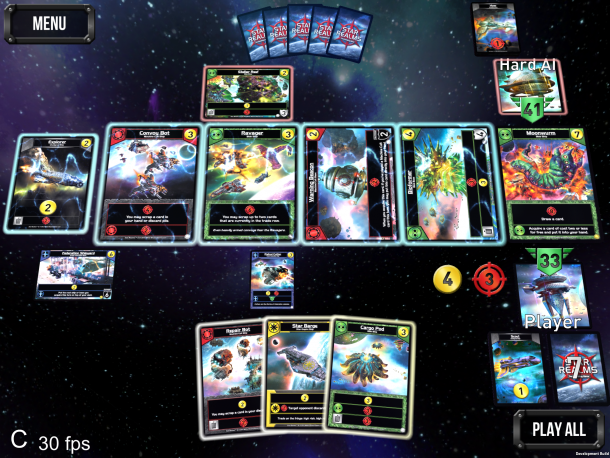 White Wizard Games has announced the new Star Realms app which is coming out on May 17th!

The new app looks amazing and has many new features including:
A sleek new look & feel
Even easier to play
New real-time games!

The full Colony Wars expansion will also be available with this new update for an additional $4.99 with:
53 All-New Colony Wars cards in the Trade Deck with fun, new mechanics
Cards that can be purchased from the Trade Row and can immediately be put into play or into a player’s hand.
Blob faction has a new ability to “acquire a ship of cost x or less for free”.
The Stealth Tower card that comes with Colony Wars allows you to copy any base in play!
Two new chapters in the ongoing campaign, each with six missions!

Find out more information at http://bit.ly/2qrHgfJ.

New releases of note on Kickstarter: 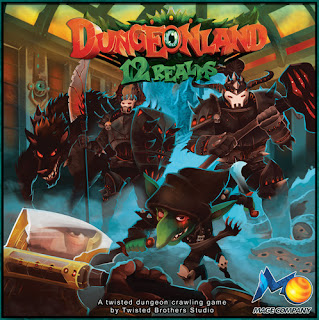 The standalone game 12 Realms: Dungeonland expands the fairytale world with a dungeon-crawling game by Twisted Brothers in which powerful magic has mutated the lands of the 12 realms, invading their tales and attempting to change them forever.

Evil spreads everywhere, twisting and mixing the tales in sinister stories where the ending is never good. Horrific villains have come back for their revenge on the heroes of the tales, this time more dangerous than ever. The source of this magic is unknown, yet whispers of an ancient evil spread through the lands. The once green fields and lush forests are now dark and dead as nothing grows anymore and all the beauty of the realms is gone. With more tales being affected by the dark magic every day the heroes of the tales combine their powers to save the 12 realms and banish this evil once and for all. 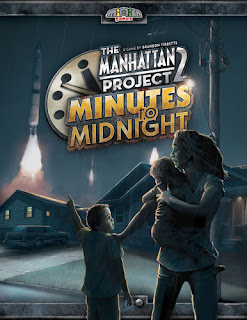 It has been 20 years since the invention of the atomic bomb, and the superpowers of the world have remained embroiled in an ever-escalating arms race. The production of fissile material no longer poses a challenge for any nation. Instead, the race has switched to the development of a wide range of delivery systems. In a crisis, your nation will need to strike faster and farther from land, sea, and air. Take charge of your nation’s “Nuclear Triad” and always remember: a credible threat is your most effective deterrent!

Minutes to Midnight allows you to play the game you want. From many paths to victory to be able to choose your own game length by setting the adjustable scoring rounds to different intervals. With interesting confrontational mechanics such as controlling another player’s coastal waters or third world nation to spying on other player’s buildings.