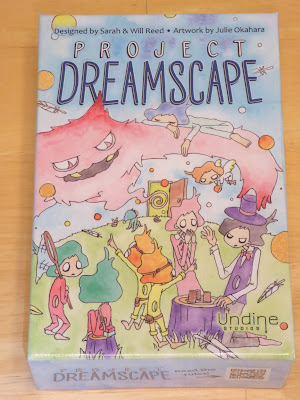 Ahhhhh…..There is nothing like a good night’s sleep. That is until the nightmares begin—you know those awful dreams about work and what you forgot to get done around the house. Oh and those ones about that guy named Freddie. Wake up!

In Project Dreamscape players are trying to manipulate their dreams in order to make them come true via a new scientific breakthrough. The dreamer who can tap into and control their dreams the best becomes the ultimate dreamer!

Players are now ready to begin. The starting player is the player who can remember the most interesting dream, and they will take the active player token. Once the game gets going players will have two card stacks in their play area: the Deep Sleep Stack for Z cards (face down cards used for purchasing Dream cards) and one for their REM stack (where players play their Dream cards). On a player’s turn she does the following three steps:

As mentioned above when you play a Dream card into your REM Stack you may take one of the dream type actions (there are two dream types per card). Here are some of the dream type actions (I am not including the actions from the expansion deck):
Once a player has completed the three steps play goes to the next player clockwise who will complete the three steps. Play continues until there are not enough cards in the Sleep Deck to replenish the Dreamscape in step 3. At that point players add up their points based on their Rem stack and subtract points equal to the number of Z cards in their play area giving them their final score. The player with the most points wins!
Points are scored based on the number of cards adjacent to one another with matching dream types (symbols). See scoring example below.
There is an expansion that came with my game that allows you to trade out different dream cards (dream types) to change up play. I imagine you could also add the cards to make a longer game. There is also a variant that allows you to use the first player token (The Sleep Token) to discard a Z card or to use the token as a Z card. Finally the is a solo variant as well which plays pretty similar except some of the dream actions are altered since there are no opponents.

Rules and Setup:
Project Dreamscape is a pretty simple game mechanically and thus the rule set is very simple and straight forward. You can easily learn this game in a short amount of time and get others playing quickly. I liked the image examples that are included, always a big help, and the fact Undine separated out everything into steps is a big help. The only gripe here is the verbiage, I almost wish they had included a terms section. That being said still pretty easy to get through.

Set up is also very easy allowing players to start playing right away.

Theme and Mechanics:
The theme of Project Dreamscape is awesomely fresh! The idea of manipulating your dreams to create a reality is cool, although once you get into it you really aren’t thinking in terms of dreams, but more in terms of symbols. Still cool though.

The main mechanic of creating chains reminds me a lot of the Impossible Machine by Glowfly Games where you are linking machine parts together. The similarity stops there through as the chains you create in Project Dreamscape are your own and don’t go away once the machine is turned on.

In it’s purest form this is a set collecting game with special card powers that let you manipulate how you collect and how you create your sets which adds a nice layer of strategy.

Game Play:
Game play is super fast, we were getting through games in less than the published 30 minutes and regardless of the number of players. Since there are the same amount of cards in the Sleep Deck it gets played through at the same rate thus the time of play remains the same.

As I mentioned above the game is super easy to play (harder to master) so it works well with younger kids. Again I wasn’t able to get my boys to play this yet but I could see both of them (9 and 7) being able to play with no problems. The publisher recommends 10+.

Artwork and Components:
The first thing I noticed when Sarah started sharing her project on Facebook was the incredible artwork by Julie Okahara. Bam! 10 out of 10, the artwork is amazing! It definitely has a dream like quality to it which draws players in and helps tie in the mechanics and theme. 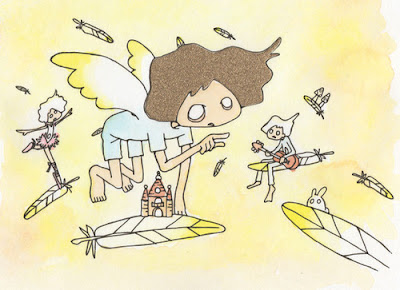 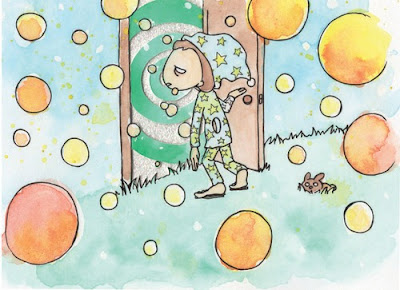 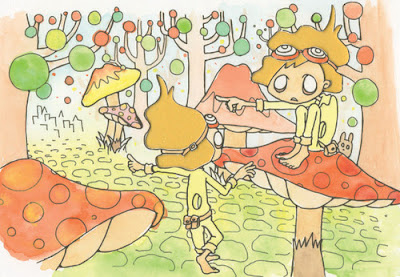 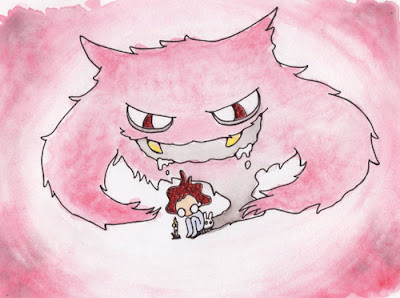 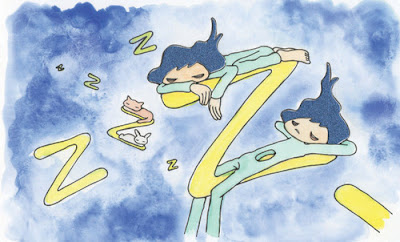 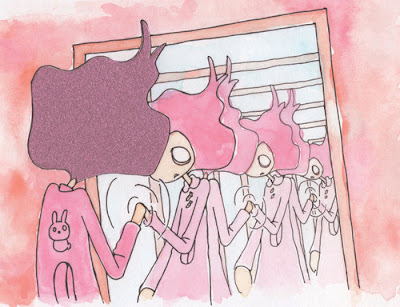 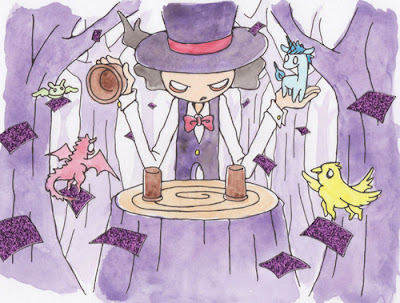 This is a final version of the game and the component quality is very good. The cards are thick with a linen finish and the tokens are sturdy chip board punch outs. A+ on the box as well, everything fits nicely with a little room to spare if your are into sleeving.

On a side note my boys keep wondering why some of the people have holes in them. I will have to figure this one out. Leave a comment if you know.

The Good:
The artwork has to be the number one thing here. It is hard to look past this game if you see it on a shelf. The cover really pops and makes you want to stop and check it out. Next would be the solid mechanics and game play. There are no wasted mechanics with Project Dreamscape, everything seems to have a purpose.

The Bad:
There is not a lot that is bad here (I seem to say this a lot). One long term concern might be the re-play-ability of this game. Is it classic enough to stand the test of time or is there more replay value in it than I am seeing? Only time will tell (and if I remember I will tell).

Final Thoughts:
This is a fantastic short and sweet game for the entire family, one that will also work well as a filler game at your next game night. Not too heavy that it excludes beginners and not too light that more experienced gamers won’t enjoy it.

This one will defiantly be going on the shelf and seeing it’s fair share of action (my wife really enjoyed it).

Players Who Like:
Card games like The Impossible Machine, Fluxx, UNO, Phase 10, and other set collection games will love Project Dreamscape!

I am giving Project Dreamscape 7.5 out of 10 super meeples.

Check out Project Dreamscape on: