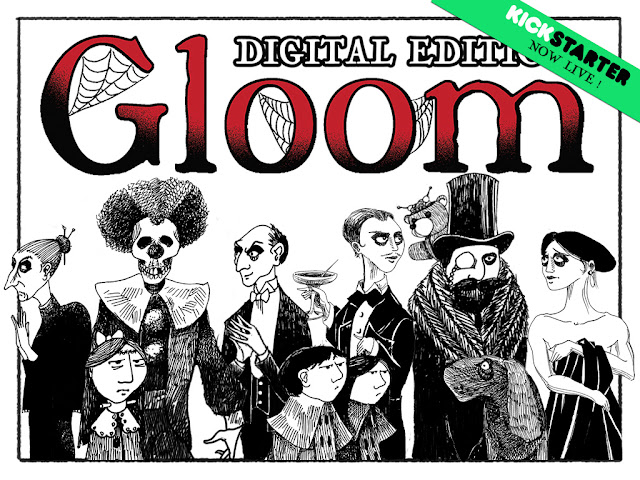 From BoardGameGeek.com: “The world of Gloom is a sad and benighted place. The sky is gray, the tea is cold, and a new tragedy lies around every corner. Debt, disease, heartache, and packs of rabid flesh-eating mice—just when it seems like things can’t get any worse, they do. But some say that one’s reward in the afterlife is based on the misery endured in life. If so, there may yet be hope—if not in this world, then in the peace that lies beyond.

In the Gloom card game, you assume control of the fate of an eccentric family of misfits and misanthropes. The goal of the game is sad, but simple: you want your characters to suffer the greatest tragedies possible before passing on to the well-deserved respite of death. You’ll play horrible mishaps like Pursued by Poodles or Mocked by Midgets on your own characters to lower their Self-Worth scores, while trying to cheer your opponents’ characters with marriages and other happy occasions that pile on positive points. The player with the lowest total Family Value wins.“ 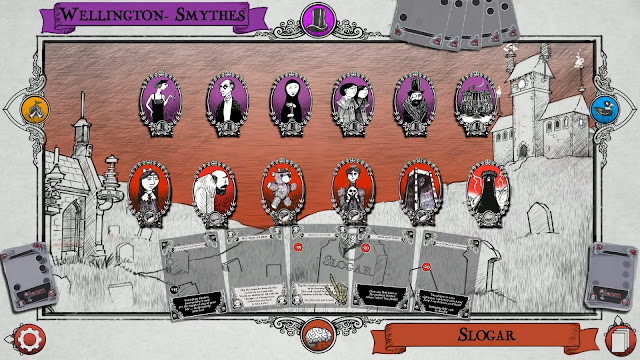 The Kickstarter.com campaign is to help fund the digital adaptation of the core set of Gloom: Second Edition along with the Unhappy Homes Expansion Pack. The game will support online multiplayer as well as a single player mode against AI.  If this campaign is successful, tablet editions for Windows, Android, and iOS devices will be developed after the release of the PC version for Windows and Mac. 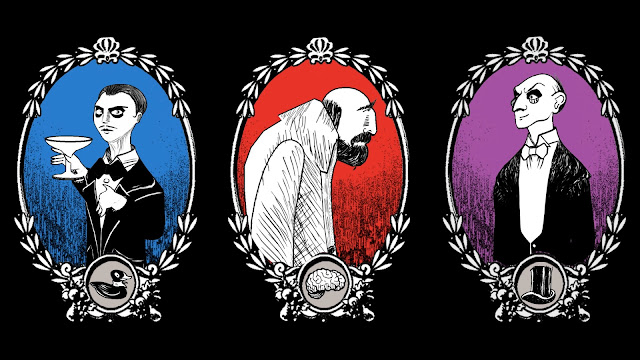 Sky Ship Studios is an independent game development studio formed in 2014. The team is dreadfully delighted to bring Gloom: Digital Edition to your Tablet & PC. Support this project on Kickstarter.com TODAY! The campaign ends August 14, 2016.