Exquisite Beast is a competitive board game for 2-4 players which lets you build your very own monstrous creation. After sewing together your savage beast you’ll take it on a rampage across the country side and beat up your opponents in pursuit of victory! 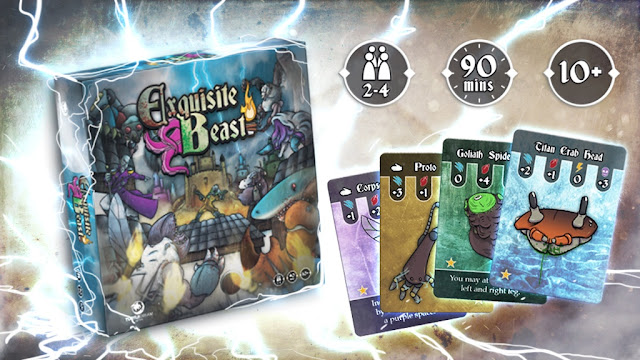 During the game, your minions are sent around the board to collect body parts from various classic horror and fantasy monsters. Each of these body part cards provides a mix of four stats: attack, health, speed, and durability; as well as the occasional special ability. These parts can be added to your beast as long as it’s on the slab. Every few turns the storm hits, allowing the player to harness nature’s might and bring their beasts to life. Once your beast is animated you can send it around the board beating on the other players, destroying enemy minions, and capturing locations in the town centre to score points. 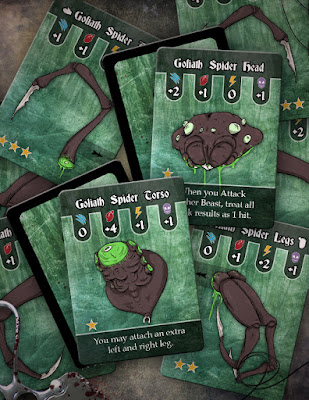 Combat is simple and straightforward; each body part provides a certain number of attack dice which are rolled to determine how much damage is dealt. The game uses custom d6’s which have either zero, one, or two claw symbols on each side. For each claw symbol showing, the defender takes one point of damage. You beast will only be defeated when it has taken as much damage as it has health. A defeated beast is removed from the board and returned to your lair until lightning strikes again. In addition to the pain of defeat, your beast also loses a limb card of the attacker’s choice, which they can either add to their monster or add to their score pile. 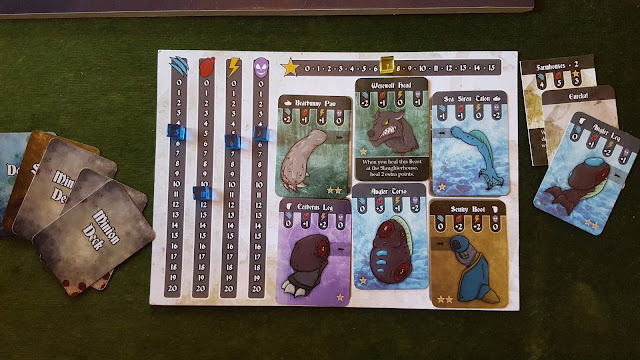 As well as hunting body parts around the board, you’ll also collect minion cards every turn. Minion cards are held secretly in your hand and can be played at any time to swing the game in your favor. Minion card effects include things like: adding or removing dice from an attack, healing a beast, or teleporting a beast or minion out of (or into) trouble. 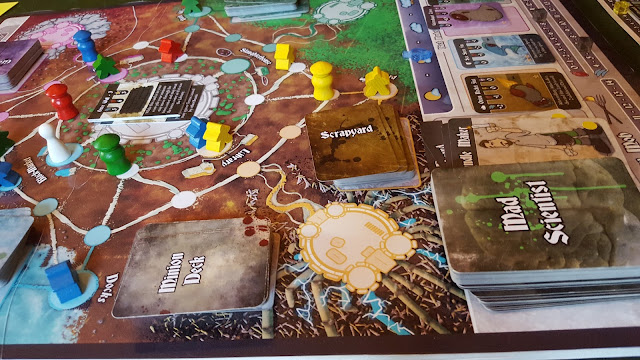 Your beasts will fight it out against the people of the village and amongst themselves until a player collects enough victory points to declare themselves the undisputed ruler of the sleepy town of Peasantville. Building up the most powerful monster is fun, but victory may also come from using your wits (and a few Minion cards) to cleverly take out weakened opponents, dodge counterattacks and secure your dastardly victory!

Exquisite Beast is fully funded and live on Kickstarter until September 4th, check it out at http://kck.st/2b80DEN! 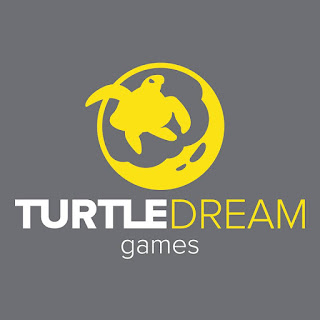