Battle Arena Show is the first game for Koti Games and will be released through Kickstarter on February 2nd at 12:00 pm EST. The game recreates the experience with the MOBA games such as League of Legends, DOTA or Heroes of the Storm and moves it into the board in an effective manner. 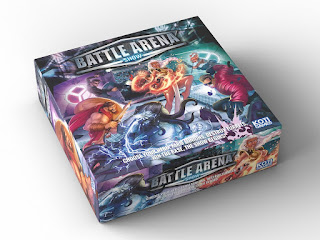 A Spartan general charging against an outlaw half man-half machine? A sorceress, the daughter of dragons, blazing up through plasma shots? The werewolf hunter surrounded by the tentacles of the unborn? You don´t believe it? Come on in, come on in, the show has only just begun… 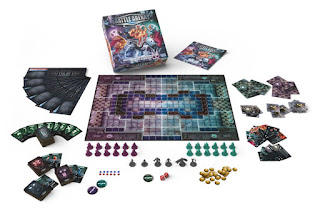 In a dystopian future, the most famous heroes of all times are forced into participating in a macabre television show where they will be pitted against each other in a bloody combat arena. Only the heroes that demonstrate courage, power and astuteness may free themselves and win the coveted title of Battle Arena Master. 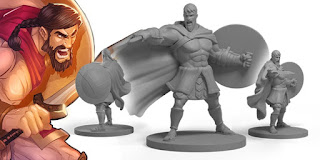 Battle Arena Show is a team game for up to 2-6 players who will compete with each other in order to destroy the hordes and enemy bases. Players will take on the role of various heroes with unique abilities and attributes and must equip themselves with different objects and evolve as the game progresses in order to beat the opponent and destroy his base. 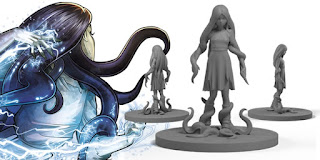 Koti Games reveals that its first Stretch Goal in the upcoming campaign on February 2nd in Kickstarter will be a new map that will include a co-op mode where one or more players must face hordes of different enemies trying to destroy the ally core. Stay alert because they also inform us that the campaign will have a advantageous price for the first 48 hours.