This is a Sponsored Post for RONE – Races of New Era

Humans. It just seems inevitable that we’re gonna fight against one-another, doesn’t it? Even when everything’s gone wrong and we’re living in a post-apocalyptic world, there’s going to be fighting over whatever meager resources are left. That’s the story behind RONE – Races of New Era, a new card game that is on Kickstarter now seeking funding. RONE is a strategic post-apocalyptic card game for for 2 or 4 players combining unique and innovative game mechanics into a well-balanced gaming environment full of exciting gameplay. 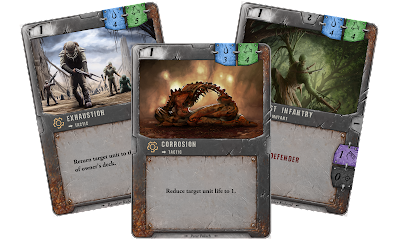 Game play immerses you in a dark world where people are fighting to reestablish their place among the fallout following a global nuclear war. The war evaporated every achievement of the human race, leaving behind only a handful of usable resources for the remaining scattered groups of survivors. Now, they must fight each other for dominance over the remnants of the past. It is now your turn to join the global war: recruit soldiers, battle machines, powerful hybrids or tremendous mutants into your army; then equip them with the available technologies and show your enemies who rules the new world order. 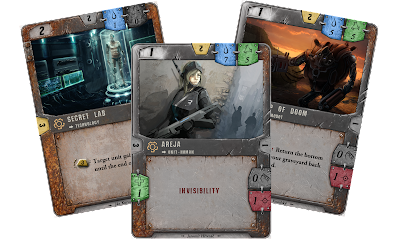 The game itself is very simple to learn, but really hard to win. The basic game mechanics do not put emphasize on the cards themselves, but rather on how players can play with them and maximize the synergy of a given cards’ minor effects. 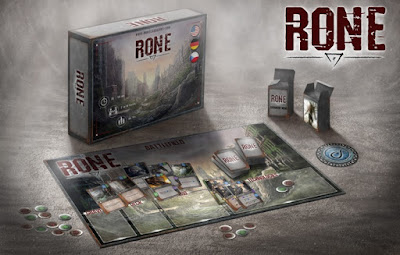 The game can be set up to create a random game mode we call the “SHUFFLE MODE”. This game mode is really fun to play and easy to set up. Players simply randomly create their deck, pick their hero, and the game can begin. This random distribution of the cards results in a completely new experience every game you play and you still play in well-balanced gaming environment. 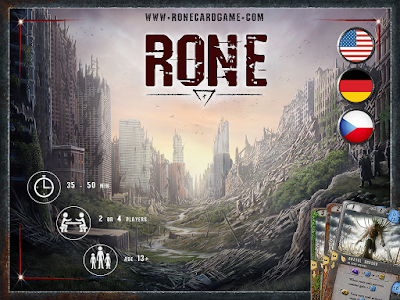 If you would like to know more about our game visit our kickstarter project page.
http://kck.st/1Os7eHx