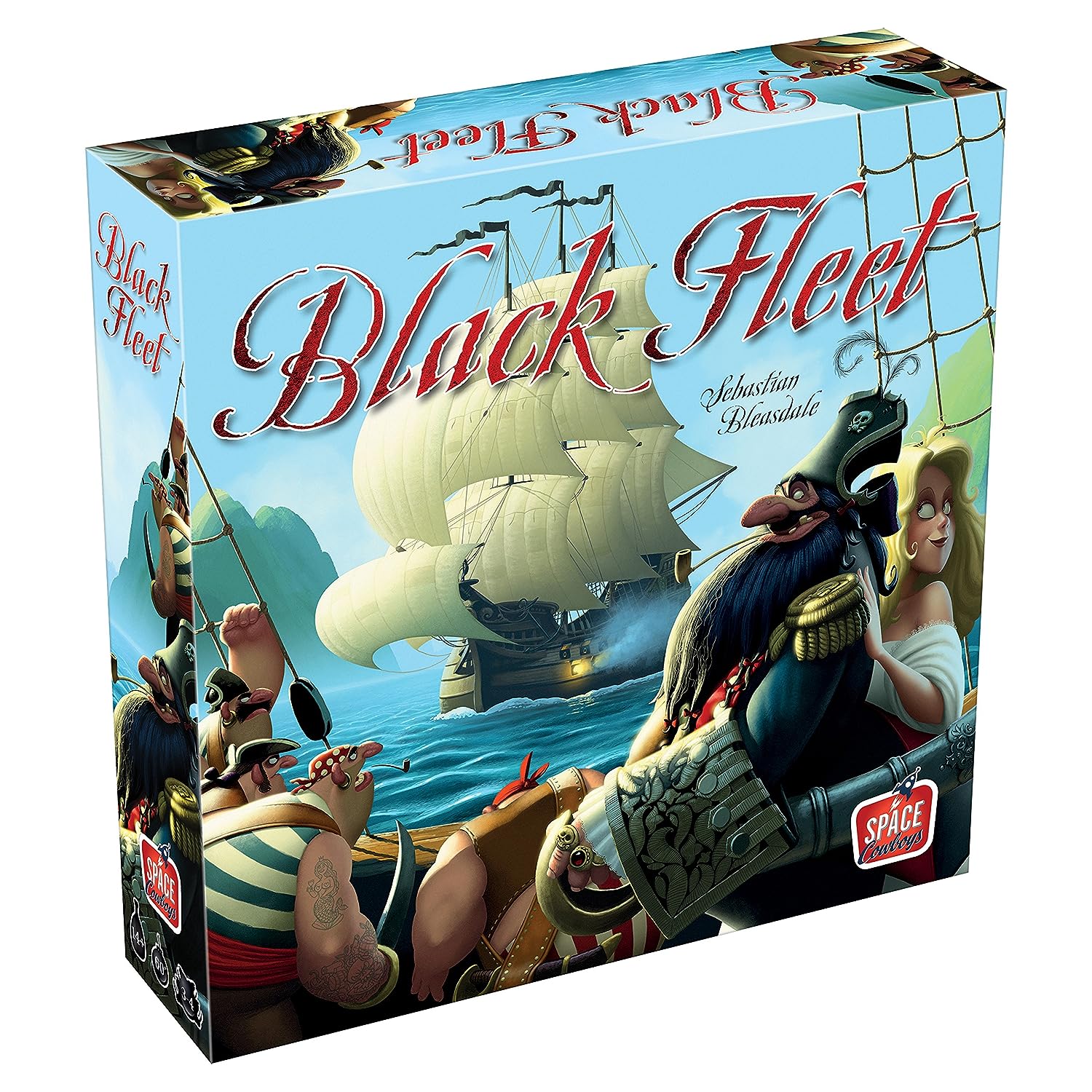 From BGG:
“Pirates, merchants, and even the occasional captain of a Navy ship all seek glory and fortune on the Caribbean seas!

Outwit your opponents with fortune cards and combos, earn money faster than they do, and pay the ransom for the governor’s daughter to win the game!” 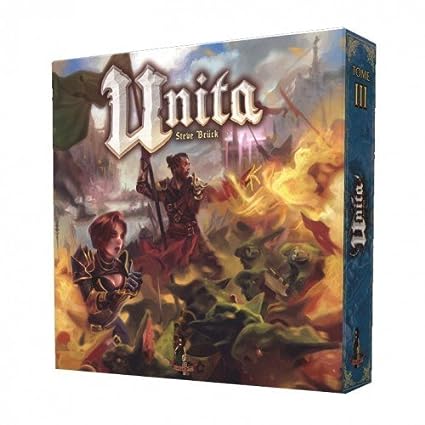 From BGG:
“Helvetia: a country in evolution, divided between the surrounding Empires who claimed taxes and allegiance. Primitiva was the first to wake up and decide to fight to obtain independence. The other regions followed their example: Luserna, Zugriga, Berena, Friburga, etc. However, between year 1 of unification and the day of the nation, several centuries went by with alternating periods of war and diplomatic peace, troubled and bloody times which you will discover in Unita!

Unita features 64 dice but not an iota of luck! You can be the men of Primitiva, the Nuns of Friburga, the Engineers of GermanLand or the Frogs of the Hexagone, but no matter your role, forge ahead on the warpath, lead your army in the mad rush to get to the Magic Gate, and put an end to all these afflictions. Move forward on the path of the war with your army compound of six-sided dice. Every time you contact an opposing army, a fight takes place, with the least hardy losing a point of strength. When your army reaches the magic gate, the army disappears, and the total of its points of strength (its dice) becomes your points of victory.” 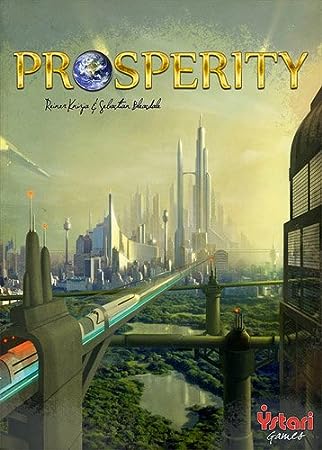 From BGG:
“You’re the leader of a great nation which is currently expanding. Over the course of the seven decades covered by the game, you will have to invest in infrastructures and industries, provide your country with energy and finance the mercurial forces of research in order to remain competitive.

But prosperity has a price. You owe it to future generations to leave them a healthy world. Pollution lurks, but will you be able to limit it?” 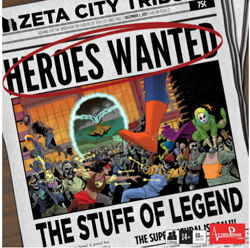 From BGG:
“As soon as you saw the ad in today’s Tribune, the certainty flooded over you. At last, this is your chance, the reason for all your training! All that work waterproofing your utility belt and practicing your one-liners will finally pay off. You call into work sick, feed the cat, and turn on your police scanner, waiting nervously for the first call–or at least, the call that’s close enough for you to get there first. You’ll stop at nothing to join your heroes, The Champions of Zeta City, and woe to any wannabe crime fighters who stand in your way!

Heroes Wanted is a tactical board game for 1-5 superhero hopefuls, attempting to fulfill their dreams of becoming a member of Zeta City’s exclusive crime fighting super team: The Champions of Zeta City. Each time you play, you will create a unique superhero comprised of two hero cards. You will then choose a scenario and face a different villain (or villains), but the objective remains the same: gain as much fame as possible by KO’ing minions, completing headlines, and thwarting the villain. At the end of each game, the superhero with the most fame is the winner and joins the prestigious ranks of The Champions of Zeta City.” From BGG:
“Cows and flies are the main actors in Mow, Bruno Cathala’s latest card game. Published by Hurrican and released at the 2008 Essen Game Fair, Mow is a simple card-game for 2-5 players and is illustrated by Sandra Tagliabue.

Players will gather points by creating a herd, but at the same time they have to avoid getting too many flies, or else their total score will be heavily reduced.”

From BGG:
“NOIR: Killer vs. Inspector is a two-player game of hidden identities and deduction. Each player receives a secret identity from among 25 suspects and an open role that determines his available moves and victory conditions.

The Killer plays by eliminating players, focusing more on intuition and reading his opponent. The Inspector uses secret information and his ability to accuse suspects to create a play style more focused around logical elimination of possibilities.”