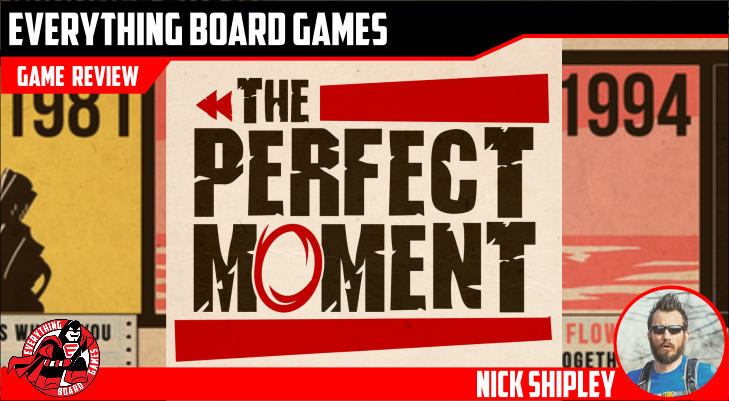 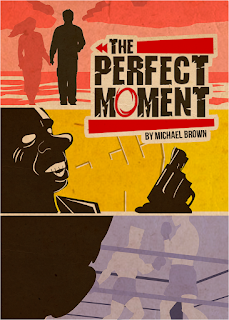 Suddenly, a portal opens up and someone walks through it--not just anyone, but you. Before you can say anything, the other you says, “Shut up and listen. This is a time machine. You know what you have to do.” As you are handed the machine, your mind immediately goes back to that One Event that you always wished that you could have changed.
This is your chance to change it. You see on the readout that the machine is already primed to go to the exact date and time that you were thinking of. As you press the activate button, the other you says, “Don’t screw it up like I did.”


TL;DR--
It is my opinion that some of the most talented game designers are those that can create an equally thematically entertaining and mechanically sound game that keeps players attention for 30 minutes using nothing more than 18 cards. The winner of the 2017 Button Shy Wallet Design Contest, The Perfect Moment, is a clever hand management game that adds to an already impressive Button Shy catalogue. If you are a fan of wallet games, or have enjoyed any previous Button Shy titles, you will want to give this title a look.

I have a love/hate relationship with airline travel. On one hand, you're herded like cattle into seats that provide the most minimal of comforts. You have a tiny little tray that is about big enough for a package of pretzels and a half-can of ginger ale. And depending on your phone battery life, you could be stuck flipping through the Sky Mall catalogue for the duration of the flight. Then there's the coughing, the crying babies, the impossible angle that I have to fold my legs to have any semblance of leg room.

On the other hand, you often have a few hours of uninterrupted attention of your companions, and those little tray tables, while they're not much, they are just big enough for certain types of games. Some games, by the nature of their footprint, are ideal for flight travel and are primed to hit the table, even if that table happens to be a tray. Plus, it's not like your travel partner can leave or be distracted by their phones since even the onboard WiFi is spotty at best, so it's as close to uninterrupted game play as you can get.

So, here I am in the air somewhere between OKC and Salt Lake City--my laptop propped precariously on the tray table in front of me and a copy of The Perfect Moment placed on my coworker's. This flight fell in the former of the love/hate paradigm. We had played The Perfect Moment approximately 8 times between two flights and I wanted to take a few moments to jot my thoughts down...while he is flipping through Sky Mall.

Here are a few thoughts on The Perfect Moment from 36,000 feet:

It makes great use of card real estate:
When you are limited to 18 cards, you have to be creative with how the information is displayed to maximize card utility. The Perfect Moment utilizes the tops, bottoms, sides, and backs of the cards to maximize the available information, add thematic elements--including text and pictures--and assist in scoring. And while it has all of these elements on a single card, I never felt that the information was cramped (unlike my current seat). The card display ultimately allowed the designer to double the amount of playable items without doubling the number of cards.

It makes great use of table real estate:
I don't want to belabor the fact that almost half of my plays of The Perfect Moment were on airplane tray tables, but the fact is that they were, and we had enough room. The same cannot be said about all wallet games. And when not in play, the entire game fits comfortably in the inside pocket of my jacket. The Perfect Moment may be a perfect travel game. It is small in size and small in table room requirements, but that being said...

The game play is bigger than you'd expect:
As mentioned above, the game utilizes the top and bottom spaces of each card--and each top and bottom are oriented to where the text and benefit are facing and available to the player and their opponent. This requires greater player caution when they add, remove, or change the orientation of their cards. Players not only have to be mindful of what card elements they need to complete their revisions, but also must watch their opponents cards and plays to make certain that they are not supplying a benefit to their opponent. Sure, The Perfect Moment is small, but the decisions are not. And that being said...

It doesn't unnecessarily complicate things:
Beyond the unique card layout and the need to balance what cards you have access to and what would then become available to your opponent, The Perfect Moment is simply a hand management, set collection game. It doesn't try to be more than it should by adding clunky, extraneous actions, components, or mechanisms. It is just relatable enough to make you feel comfortable, but just unique enough to make it feel fresh.

The theme gives freedom to the players:
I have only played a few other time-travel themed games, and in all of them players have objective A, and must do steps 1, 2, and 3 to meet the objective and change the future. Players, for the most part, know what happened, and what needs fixed when they go back in time. With The Perfect Moment, players are going back in time, but the reasoning, and potential outcome, is intentionally ambiguous. Even the publisher information--“Shut up and listen. This is a time machine. You know what you have to do.”--leaves the story element up to the player to interpret or concoct. It is a small touch, but I appreciated being made to think of my own scenarios with the flavor text prompts rather than the to-avoid-this-outcome-you-must-do-this direct approach.

It's time to put the tray table up, but in closing, I can see why The Perfect Moment was the winner of the Button Shy contest. Overall, it is a travel-friendly game that is easy to learn/teach and plays bigger than the space it occupies. If you are a fan of Button Shy, or similar wallet-style games, be certain to check out the Kickstarter campaign.

For those that have grown accustomed to the usual format, here is a high-level overview, including
critique of the above information and further explanation of rules and game play.

All cards have two items on them that can be used--the item facing the owner of the card (appearing face up) is available to the owner of the card, while the other item is available to their opponent. The item on the paradox card that is pointing toward the deck is also available to both players. Players can activate an item so long as it is equipped by that player or on the paradox facing the draw deck. When a player activates an available item, they perform the action on the card.

If both items on the revision or paradox card match both of the items on the players equipment that are facing the same direction (either toward or away from you), the player changed history perfectly and gains three points. The player sets aside the card next to them face down oriented to match the three point iconography on the back of the card.

If both items on the revision or paradox card match one of a players' items that is facing away from them and one of the items that is facing toward, they changed history effectively and earn two points. The card is set aside the card face down, again, oriented to match the two point iconography on the back of the card.

If one of the items on the revision or paradox card matches any of the items on a players' equipment, they changed history incompletely and earn one point. This card is played face up and can be stolen if their opponent can meet more than one of the conditions on the card.

The game ends when a player reaches 16 points or the deck is depleted, whichever comes first.

The solo-variant plays similarly, but your opponent, Echo, can eliminate cards from game play. I admittedly didn't play the solo mode as much as the two-player game, but I can say that it creates a different, but equally stressful sense of urgency for players.

Mechanisms:
The Perfect Moment is a set collection, hand management game. The individual cards have variable powers. No added fluff.

Artwork and Components:
My copy is a Kickstarter preview, but I would not be disappointed if this was the final art work. The pictures and graphics are nice, but the most impressive part to me is the layout and how they can get so much use out of a single card (player ability, opponent ability, items, flavor text, scoring, etc) and yet the cards still don't seem crowded or trying to hold too much information.


The Good:
The Perfect Moment may be a perfect travel game. It is a travel-friendly game with a small table footprint. But even though it is small, it plays bigger than you'd expect, requiring player decisions that are a little deeper than most simple hand management, set-collection titles. I especially enjoyed the need for players to balance the items on their face up cards while still making certain that they weren't inadvertently setting their opponents up for success. Players will feel comfortable with the set-collection scoring, but this aforementioned balance requirement makes it feel fresh. Also, the solo-variant plays as well as the two-player version.


The Meh:
At 15-30 minutes per play, The Perfect Moment falls into a crowded marketplace. When I am not traveling, would this game find a place at the table when it had to compete with the Kingdominos, Faes, and Jaipurs of the world? Maybe...but probably not very often.

And even when considered against other travel-friendly, wallet-style games, it still has to compete with a bevy of existing Button Shy titles. That being said, I would rank it towards the higher end when compared against other Button Shy titles that I have played. It takes up less room than the tile laying titles, while still offering a depth of strategy, and has a solo-variant.

Final Thoughts:
Wanting to add to your Button Shy collection? Looking for a travel-friendly game that can be played on a airplane tray table? Need a game with a small footprint, that doesn't lose anything in strategy?

If you answered yes to any of the above questions, be certain to look at The Perfect Moment on Kickstarter.

Players Who Like:
Button Shy games, and similar travel-friendly titles.


Check out The Perfect Moment on:

The Perfect Moment is on KICKSTARTER between now and November 17, 2018.
About the Author: 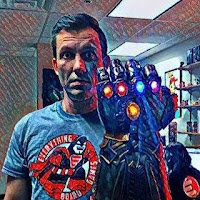 Nick is a regulatory compliance consultant by day, a board gamer at night, and a husband and father always. When he is not bringing a game to the table, he is running (most often to or from his kids) or watching the New York Yankees. You can follow what Nick is playing on Twitter at @ndshipley